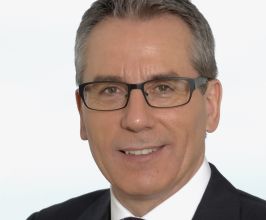 Book Martin Jetter for your event

Martin Jetter is Senior Vice President IBM Global Technology Services, IBM Corporation, he is part of the organization which is responsible for designing, building and running the foundational systems that the world relies on.Before he was General Manager & President of IBM Japan, Ltd. In this position, he was responsible for all of IBM’s business in Japan including strategy and execution.Before this mission Martin Jetter was Vice President of Corporate Strategy and General Manager, Enterprise Initiatives for the IBM Corporation. In this position, he was responsible for Corporate Strategies of IBM and the creation and execution of enterprise wide Business Initiatives.For more than four years, Mr Jetter was general manager of IBM in Germany In this role he was responsible for strategy, execution, business results and client satisfaction for IBM’s business in Germany.Previously, Mr Jetter was general manager of Northeast Europe for IBM Global Business Services. In this role, he led the business consulting, system integration and application services business across more than 50 countries, which included the United Kingdom, Ireland, the Nordic countries, Germany, Switzerland and Austria, as well as Eastern Europe, Russia, the Middle East and South Africa.He has also served as general manager of IBM Global Business Services in Central and Eastern Europe, general manager and managing director of IBM’s worldwide business with Siemens, general manager of the global business unit of Product Lifecycle Management, and head of IBM’s Industrial Sector in Germany, Austria and Switzerland.He joined IBM in 1986 as application engineer in an Industrial Branch office.Mr Jetter holds an undergraduate in engineering and a diploma and graduate engineer for mechanical engineering, with the special field automation form the University of Stuttgart, Germany.Contact a speaker booking agent to check availability on Martin Jetter and other top speakers and celebrities.