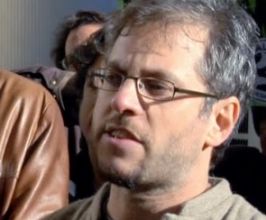 Trained as a lawyer at Harvard and as a linguist at the University of Illinois, Dr. Mary Campbell Gallagher is a nationally recognized authority on the Bar examination. She is the author of the widely-praised book and CDs “Scoring High on Bar Exam Essays,” now in its third edition.  In “Scoring High,” Dr. Gallagher introduced her Under-Here-ThereforeTM system, which numerous teachers of legal writing have since adopted. She is president of BarWrite®, which offers courses and coaching in New York City to prepare law school graduates for the Bar examination, and of BarWrite Press. Dr. Gallagher is also a widely published professional writer.  Her essays and reviews have appeared in The Weekly Standard, The New York Observer, The Nation, Legal Times, Newsday, The Brooklyn Papers, Commonweal, Metro New York, among others.  Her articles on legal writing and the Bar exam have appeared in National Jurist and Student Lawyer.A graduate of Barnard College, which awarded her the Montague Prize for distinction in philosophy, Dr. Gallagher also attended St. John’s College in Annapolis, Maryland, on whose Board of Visitors and Governors she has served.  Dr. Gallagher has received many awards and honors and four fellowships from the Virginia Center for the Creative Arts.Dr. Gallagher is a member of the Massachusetts and District of Columbia Bars. She is a professional speaker, and has served on the Board of Directors of the National Speakers Association New York City Chapter, which awarded her the Alan Cimberg Award for her dedicated service. She is a member of the Committee on the Bar Examination and Admission to the Legal Profession of the New York State Bar Association.Dr. Gallagher is a member of the Federalist Society, the National Association of Scholars, the Authors Guild, the American Society of Journalists and Authors, the New York City Bar Association, and numerous other professional, civic, architectural and planning organizations. She belongs to the National Arts Club.Law Schools & Law Firms: Invite Dr. Mary Campbell Gallagher to Speak!Dr. Mary Campbell Gallagher is available to speak and to offer courses in legal writing or bar preparation in law schools, and at conferences, meetings, and seminars. Would you like to hear her speak? Just email this form to the law school or organization where you would like Dr. Gallagher to appear.Contact a speaker booking agent to check availability on Mary Campbell Gallagher and other top speakers and celebrities.