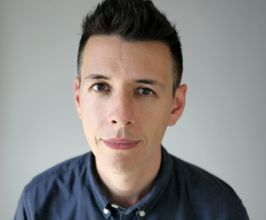 Book Mason Currey for your event

Mason Currey is a writer and editor living in Los Angeles, California. He is best known as the author of the “Daily Rituals” books.He was born in Honesdale, Pennsylvania, and graduated from the University of North Carolina at Asheville and the Columbia Publishing Course. In 2007, Currey launched the Daily Routines blog, which eventually attracted international press attention and thousands of visitors a day. In 2009, he shuttered the blog in order to research a book on the same theme. When the book was published in 2013, “Daily Rituals: How Artists Work” was reviewed in The New Yorker, The Guardian, The Wall Street Journal, and The Believer and named one of NPR’s best books of the year. It has since sold more than 100,000 copies and has been translated into over 15 languages.In 2019, Currey published a sequel, “Daily Rituals: Women at Work,” featuring profiles of the day-to-day working lives of 143 women writers, artists, and performers. Booklist said, “The spectrum of creativity is radiant, and each artist’s rituals of concentration and balancing act between art and life are revelatory and awe-inspiring.”In addition to compiling the “Daily Rituals” books, Currey was a design-magazine editor for ten years, working as the managing editor of Metropolis, the executive editor of Print, a senior editor at Core77, and the programming chair for the 2015 Core77 Conference. Currey’s freelance writing has appeared in The New Yorker, The New York Times, The Wall Street Journal, The Atlantic, and Slate, and he has delivered talks on the creative process to art students, writers’ groups, and the partners of the design consultancy IDEO.Contact a speaker booking agent to check availability on Mason Currey and other top speakers and celebrities.