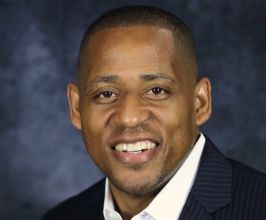 Master Sergeant Cedric King entered the United States Army in 1995. During his 20 year career, King proved himself to be an exemplary soldier graduating from several distinguishing schools in the Army, including but not limited to: the United States Army Jumpmaster Course, United States Army Pathfinder course, Air Assault course, and The United States Army Ranger Course. He is the recipient of the Bronze Star, the Purple Heart, the Meritorious Service Medal and the Legion of Merit.On the morning of July 25, 2012 during his second tour in Afghanistan, King was severely injured by an Improvised Explosive Device. The explosion caused internal injuries, permanent damage to his right arm and hand and the amputation of both of his legs. King now refers to that moment as his finest hour.While recovering from his injuries King found time to complete his bachelors degree and begin to cultivate his speaking voice. Since becoming an amputee, King has shared his story of perseverance and endurance with audiences such as the US Naval Academy and the United States Military Academy at West Point, professional sports teams of the NFL, NBA, and MLB. Fortune 500 companies from Home Depot to Facebook. In February of 2019 his story was published into print when he released his book called, “The Making Point”. In his book he shares mindsets, philosophies, and stories that include how 21 months after losing both of his legs, King completed the 2014 Boston Marathon. He has been featured on Networks such as CBS, NBC, ABC, HBO and the NFL Network. He has gone on to compete in a number of physically taxing events including a 70.3 mile half Ironman Triathlon, He is a two New York City Marathon Finisher, a five time Boston Marathon finisher, numerous half marathons, and a three time 48.6 mile Disney Marathon series finisher.King has been married to his lovely wife, Khieda King, since October of 2000 and the couple have two beautiful daughters, Amari and Khayma King.Contact a speaker booking agent to check availability on Master Sgt. Cedric King and other top speakers and celebrities.