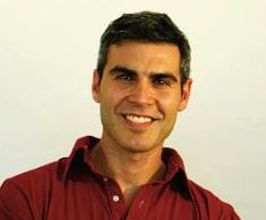 Book Matthew Reinhart for your event

Matthew Christian Reinhart was born September 21, 1971 to Gary and Judith Reinhart in Cedar Rapids, Iowa. The son of a farmer, his father Gary joined the Navy and so the family moved around the country, from Florida to Texas to Illinois to California to Virginia and then South Carolina. Judith and Matthew followed along, and soon to be joined by his little sister, Erin.Art was always a huge part of Matthew Reinhart’s young life. Drawing pictures and making crafts were his favorite activities, in school and out. Matthew drew whenever and wherever he got the chance; in fact, school notebooks often had more drawings than notes! He loved drawing and reading about all creatures and animals so much, he drew them everywhere!After high school, chose to study biology in preparation for medical school, thinking a career in art was too far-fetched. College life at Clemson University in South Carolina was busy for Matthew, but he was never really satisfied. Medicine was not his true calling, so along with his required science classes, Matthew took various art courses to build up his portfolio.After graduating college, moved to New York City for a year before starting medical school. There, he met acclaimed children’s book author Robert Sabuda doing volunteer work together for a local community center. Robert’s book, Christmas Alphabet had just released to rave reviews, and he convinced Matthew to follow his true calling. The following year, Matthew attended Pratt Institute in Brooklyn. as an industrial design major (concentrating in toy design).Pratt was fantastic experience for him, but his initial dreams of being a toy designer soon transformed into paper engineer. After working with Robert on books like The Wonderful Wizard of Oz, A B C Disneyand Movable Mother Goose. Matthew made his first big break into the pop-up world with The Pop Up Book Of Phobias. Many books collaborations have followed, including a trilogy of New York Times best-selling Encyclopedia Prehistorica and the following series Encyclopedia Mythologica with Robert Sabuda, along with Mommy?, co-authored with the renowned Maurice Sendak and Brava Strega Nonawith the ageless Tomie DePaola. His solo pop-up books include The Ark, Animal Popposites, The Jungle Book, Cinderella, The Pop-Up Book of Nursery Rhymes, and STAR WARS: Pop-Up Guide to the Galaxy. He continues to work and live in New York City, cutting, taping and folding paper into pop-up masterpieces.Contact a speaker booking agent to check availability on Matthew Reinhart and other top speakers and celebrities.