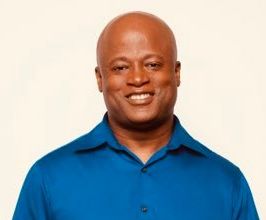 Book Maurice Ashley for your event

Maurice Ashley lives his passion. Through his love for chess, he not only made history as the first African-American International Grandmaster in the annals of the game, but he has translated his love to others as a three-time national championship coach, two-time author, ESPN commentator, iPhone app designer, puzzle inventor and motivational speaker. He has covered every class of elite event, including the World Chess Championships, the US Chess Championships, the Grand Chess Tour and the legendary Man vs. Machine matches between Garry Kasparov and IBM’s Deep Blue.Maurice has traveled the world as an ardent spokesperson of the character-building effects of chess. Coming from the rough and tough streets of Kingston, Jamaica and Brooklyn, New York, Maurice has tirelessly shared his compelling story with young people in places such as the crime-ridden neighborhoods of Detroit, the townships of Cape Town, South Africa and the poverty-stricken jungles of Belize.Maurice consults with universities, schools, chess clubs, executives and celebrities on how chess principles and strategies can be applied to improve business practices and assist with personal growth. Maurice also acts as a master of ceremonies and inspirational speaker at business conferences and high-class chess events.His book, “Chess for Success” (Broadway Books, 2005) crystallizes his vision of the many benefits of chess, particularly for at-risk youth, and he continuously spreads his message of living one’s dream to universities, businesses, chess clubs and non-profit organizations around the globe.His app, Learn Chess! With Maurice Ashley, has been sold in over 30 countries, and he has received multiple community service awards from city governments, universities and community groups for his work. His drive and enthusiasm always have him on the go. In the fall of 2011, Maurice toured six Caribbean nations to bringing chess, books and technology to kids in the region.Contact a speaker booking agent to check availability on Maurice Ashley and other top speakers and celebrities.