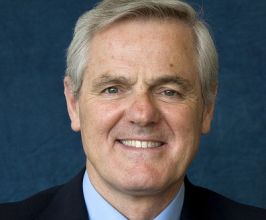 Book Maurizio Seracini for your event

Dr. Maurizio Seracini is a pioneer in the use of multispectral imaging and other diagnostic as well as analytical technologies as applied to works of art and structures. He joined Calit2 at UC San Diego in 2006, more than thirty years after graduating from UCSD with a B.A. in bioengineering in 1973. Seracini returned to Italy for graduate school and received the Laurea degree in electronic engineering from the University of Padua, where he went on to study medicine. From 1975-77, he participated in the “Leonardo Project,” to locate the long-lost fresco, “The Battle of Anghiari” (a project sponsored by the Armand Hammer Foundation, Kress Foundation and Smithsonian Institute). In 1977, Seracini established Editech, a Florence-based company that was the first to provide art and architectural diagnostic services, and in 1979 he co-founded the Interdisciplinary Center for Ultrasonic Diagnostics in Medicine, also in Florence.He has studied more than 2,500 works of art and historic buildings, ranging from Leonardo Da Vinci’s “Last Supper” and Botticelli’s “Allegory of Spring”, to Da Vinci’s “Adoration of the Magi.” In 1983, he investigated 19 paintings by Raphael on the 500th anniversary of the artist’s birth, and in 1991 he analyzed 19 paintings by Caravaggio in his role as scientific director of an exhibition in Florence and Rome.Since 1980, Seracini has lectured at institutions in Italy and abroad, including Argentina and the United States. He has been an adjunct professor at the University of Florence in its School of Engineering, School of Architecture, and School of Natural, Physical and Mathematical Sciences. He has also lectured at the International University of Art in Florence; the University of Ca’Foscari (Venice); and the University of Calabria (Cosenza), where he remains an adjunct Research Professor in the School of Engineering and School of Arts and Humanities.Seracini – whose work was exhibited as part of “The Mind of Leonardo Da Vinci” at Florence’s Uffizi Gallery in 2006, and later at the U.S. Library of Congress – believes the Renaissance artist-scientist-inventor would be among the first to appreciate scientific analysis in the cause of understanding art. “We do justice to Leonardo,” says Seracini. “We are using technology to understand his masterpieces. I think he would have been happy about that.”Seracini’s 33-year-old quest to locate the long-lost Leonardo da Vinci mural, “The Battle of Anghiari,” one of the most important works of the Renaissance, has been featured on the CBS 60 Minutes news program. Seracini’s work is also the topic of the Smithsonian documentary, The Da Vinci Detective.Dr. Seracini is a National Geographic Fellow.Contact a speaker booking agent to check availability on Maurizio Seracini and other top speakers and celebrities.