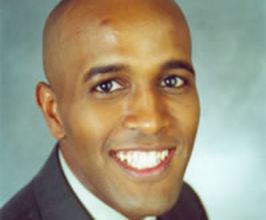 Mawi Asgedom has written nine books that are used in thousands of classrooms across North America and spoken to over 500,000 students and educators.

Book Mawi Asgedom for your event

Mawi Asgedom has written nine books that are used in thousands of classrooms across North America and spoken to over 500,000 students and educators. A nationally recognized educator, Mawi has trained leaders at The Harvard School of Education, The Midwest Principals Center, and numerous international conferences.As a child, Mawi fled civil war in Ethiopia and survived a Sudanese refugee camp for three years. After being resettled in The United States, he overcame poverty, language barriers and personal tragedy to graduate from Harvard University, where he gave the Commencement address to an audience of 30,000.Through his organization, Mental Karate, Mawi trains educators to unlock student achievement. His bestselling memoir, Of Beetles and Angels: A Boy’s Remarkable Journey from a Refugee Camp to Harvard, has been read as a one-book, one-community reading selection by hundreds of schools and communities including the cities of Philadelphia and Green Bay. His teen-success guides, The Code, Win the Inner Battle, and Nothing is Impossible, have also been used in thousands of classrooms. Citing the impact of his work, The Illinois Association of Teachers of English named Mawi the 2006 Illinois Author of the Year.Media outlets that have featured Mawi include:The Oprah Winfrey Show, “One of the Twenty Best Shows of Oprah’s Career”ESSENCE, one of “The 40 Most Inspiring African-Americans”The Chicago Tribune, The Boston Globe, Harvard Magazine, and Ebony Magazine.A graduate of the Kellogg School of Management, Mawi has also inspired audiences at Kraft, Chase, Aramark, and other Fortune 500 companies.Contact a speaker booking agent to check availability on Mawi Asgedom and other top speakers and celebrities.