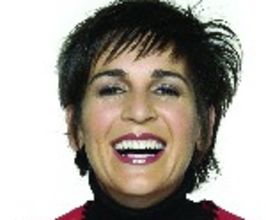 Book Meagan Johnson for your event

Meagan Johnson speaks to audiences all over the world on how they can manage and motivate different generations in the workforce. After graduating from Arizona State University School of Business in 1993, Johnson spent several years working in sales for three Fortune 500 companies. Although very successful, she became discouraged to hear all the negative comments about Generation X, the generation comprised of the 50 million people born between 1965 and 1980. Being a Gen Xer herself, she felt these comments were unfounded. Johnson began researching small and large corporations to find successful ways to work with the younger generation. From that search, the seeds for her book, Generation Inc., From Boomers to Linksters: Managing the Friction Between Generations in the Workplace, were planted.Since 1997, Johnson has entertained and educated thousands of audience members across the globe. She has written a variety of articles about multiple generations in the workplace, and has been interviewed for many publications and audio programs. Johnson has continued her research into the complexities of the younger workforce, now examining Generation Y (those born between 1981 and 1994) and the Linkster Generation (those born after 1994). “Every generation gets a negative label when it enters the workforce,” she says. “Baby Boomers, for example, were called trouble-making hippies when they first went to work, and Gen Xers were called lazy. Once we take time to understand the motivations and mindset of younger people, working with them, selling to them, and managing them becomes a more successful effort.”Johnson is an active member of NSA (National Speakers Association). In 2003, she received the designation of CSP, Certified Speaking Professional. Currently, only ten percent of professional speakers hold this designation. As a Gen Xer, Johnson was extremely proud to be one of the youngest recipients to ever receive the CSP designation. Her clients include: Harley-Davidson Motor Co., Dairy Queen, Kindred Hospital, American Academy of Nursing, Produce Marketing Association, American Express, Visit Florida, Burger King, Wal-Mart, L’Oreal, National Apartment Association, Pepsi Co., Coldwell Banker, Cadillac, Michigan Dental Association, and the National Cosmetology Association.Contact a speaker booking agent to check availability on Meagan Johnson and other top speakers and celebrities.