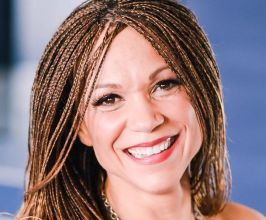 Book Melissa Harris-Perry for your event

Melissa Harris-Perry is the Maya Angelou Presidential Chair in the Department of Politics and International Affairs and the Department of Women, Gender, and Sexuality Studies at Wake Forest University. Professor Harris-Perry served as the inaugural Executive Director of the Pro Humanitate Institute from 2015-2018. She is the founder and president of the Anna Julia Cooper Center and founding Director of Wake the Vote. Dr. Harris-Perry is the first African American woman to earn a Ph.D. in Political Science from Duke University. She has served on the faculties of some of America’s most prestigious universities before returning to her undergraduate alma mater in July 2014.James Perry and Melissa Harris-Perry established Perry Partnership to provide both private and political consulting.Perry Political Partnership identifies new talent, develops civic capacity, trains political candidates, deepens democratic engagement, expands opportunities for real people to make a difference in their communities and our country. The team is small, highly skilled, and deeply dedicated. To execute the threefold mission to build strong communities, train skilled candidates, and run winning campaigns, Perry Political Partnership, sustains authentic relationships with local and national partners sharing common vision for American democracy.Perry Political brings an unprecedented breadth of experience and depth of commitment to the work of political consulting. James Perry and Melissa Harris-Perry are nationally acknowledged experts in American media, law, community organizing, and politics. No other consulting firm can marshall the scholarly expertise, courtroom experience, political strategy, and personal connections of Perry Political Partnership.For more than a decade, Melissa Harris-Perry has contributed to American public life through her distinct combination of scholarly analysis and ordinary wisdom applied to the analysis of race, gender, politics, and power. Her writing has appeared in the Wall Street Journal, New York Times, Chicago Tribune, and many other print and digital venues. She was among the initial cohort of writers for TheRoot.com and authored highly regarded columns for both Essence and The Nation. She has served as editor-at-large of Elle.com and ZORA and a contributing editor at The Nation.In her groundbreaking book, “Sister Citizen,” Melissa Harris-Perry uses multiple methods of inquiry, including literary analysis, political theory, focus groups, surveys, and experimental research, to understand more deeply black women’s political and emotional responses to pervasive negative race and gender images. Not a traditional political science work concerned with office-seeking, voting, or ideology, Sister Citizen instead explores how African American women understand themselves as citizens and what they expect from political organizing. Harris-Perry shows that the shared struggle to preserve an authentic self and secure recognition as a citizen links together black women in America, from the anonymous survivors of Hurricane Katrina to the current First Lady of the United States.Melissa Harris-Perry is a dynamic and thoughtful speaker. She lectures, leads conversations, develops workshops, guides trainings, and creates original live content for universities, corporations, events and organizations both domestically and abroad. Adjusting to the limitations imposed by COVID-19, Professor Harris-Perry has created new, engaging formats for digital, remote lectures.Contact a speaker booking agent to check availability on Melissa Harris-Perry and other top speakers and celebrities.