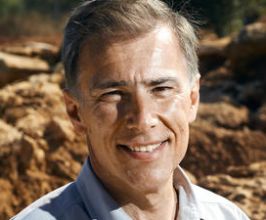 Book Michael Cosmopoulos for your event

As of August 2001, Dr. Michael Cosmopoulos is the Hellenic Government-Karakas Foundation Professor of Greek Studies and Professor of Archaeology at the University of Missouri – St. Louis. Please see more about Greek Studies at the University of Missouri – St. Louis. Before coming to St. Louis, he was Professor of Classics and Director of the Centre for Hellenic Civilization of the University of Manitoba, in Canada.Professor Cosmopoulos studied Greek Archaeology, Ancient History, and Classical Languages at the University of Athens (B.A., summa cum laude, 1981), the University of Sorbonne-Paris IV (D.E.U.G., 1983), and Washington University in St. Louis (M.A. 1986, Ph.D. 1989). He also holds a Diploma in Underwater Archaeology from the Council of Europe (1984).Professor Cosmopoulos research interests are the social, political, and cultural history of ancient Greece, about which he was published ten books and more than seventy articles and scholarly papers in international journals. He has excavated at several ancient sites in Greece and Ukraine, including Mycenae, Pylos, Epidauros, Ancient Corinth, Ithaca, Oropos, and Olbia.Currently, he directs three major fieldprojects in Greece: the Eleusis Archaeological Project, which studies the origins of ancient Greek mystery cults; the Iklaina Archaeological Project, which investigates the origins of federalism in ancient Greece; and the Oropos Survey Project, which explores the rural history of ancient Greek city-states. For his research accomplishments he has been awarded the Canada Rh Award for Outstanding Contributions to Scholarship and Research in the Humanities.At UM-St. Louis Professor Cosmopoulos teaches courses on Greek culture, archaeology, mythology, and history. In Manitoba he taught a wide range of courses, ranging from Greek language and literature to Greek Religion. His teaching extends beyond the classroom and in the field, where in the last twelve years he has trained several hundred students in archaeological theory and methodology and in Greek archaeology and history. In recognition of his teaching, the University of Manitoba has awarded him a Merit Award for Teaching (1991) and the prestigious Olive Beatrice Stanton Award for Excellence in Teaching (1999). In 2001 he was recommended for the national Canadian Professor of the Year Award. In 2003 he was awarded the Archaeological Institute of America Award for Excellence in Teaching.Contact a speaker booking agent to check availability on Michael Cosmopoulos and other top speakers and celebrities.