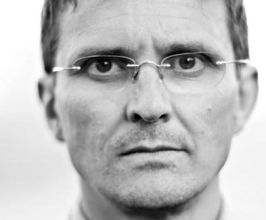 Book Michael Dannenberg for your event

He created New America’s influential policy blog Higher Ed Watch.Org that in 2007 broke national news of the student loan “pay for play” scandal involving improper payments among colleges, financial aid officers, and student loan companies.  A series of national investigations followed as well as multiple firings, resignations, multi-million dollar settlements, and newly enacted legislation.  Under Mr. Dannenberg’s tenure, the Education Policy Program identified tens of billions of dollars in federal student loan program inefficiencies and proffered a series of remedies embraced in federal law.  Policy changes enacted in 2007 increase student financial aid by some $20 billion over the next five years – the largest increase in financial aid since the GI Bill first passed.In 2008, Mr. Dannenberg and the Education Policy Program launched New America’s Federal Education Budget Project that generates and analyzes new, fiscally responsible ideas on the size, distribution, and efficiency of federal education funding.  Ed Budget Project.org contains funding, demographic, and achievement data for every state and school district in the nation; allows visitors to compare states and districts according to a variety of metrics; and includes detailed information on the federal education budget process.  Dannenberg is recognized as a national expert on the No Child Left Behind Act, federal education budget, college admissions, and student loan policy. He and his work have appeared repeatedly in The Washington Post, The New York Times, Chicago Tribune, Boston Globe, and Fortune magazine.  He has made broadcast appearances on CNN, CNBC, NPR, and the CBS News program, 60 Minutes.Prior to joining New America, Mr. Dannenberg served as the Senior Education Counsel to Senator Edward M. Kennedy (D-MA), for whom he played a significant role in drafting  the No Child Left Behind Act, the Education Finance Incentive Grant program, the Taxpayer-Teacher Protection Act, and the National Science Foundation Reauthorization Act. In 2005, National Journal named Mr. Dannenberg to “The Hill 100” list of Congress’ most influential aides. He is a 1998 graduate of Yale Law School and holds a Master’s degree in Education Policy and Administration from Stanford University and a bachelor’s degree magna cum laude from Boston University. He is a first-generation college graduate who self-financed 100% of his post-secondary education with the aid of grants, loans, scholarships, and work.Contact a speaker booking agent to check availability on Michael Dannenberg and other top speakers and celebrities.