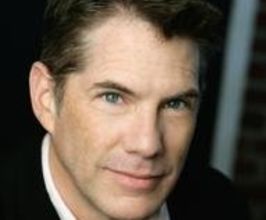 Michael G. Baker is Co-Founder of Diligence and Co-host of America Declassified. Previously, Baker was an Operations Officer for the CIA.During a career spanning more than 15 years as a covert field operations officer for the Central Intelligence Agency, Baker specialized in counterterrorism, counternarcotics and counterinsurgency operations. He engaged in, organized and supervised operations around the globe, working in Asia, the Middle East, Africa, Europe, the former Soviet Union and elsewhere. He was recognized professionally for outstanding performance and for operational achievements in hostile environments.After leaving government service, Mike co-founded Diligence LLC, an intelligence, investigations, risk management and security firm that has grown over the past several years into a global operation. As a principal partner, he has led the company as it expanded around the world, opening offices in London, New York, Washington DC, Moscow, Sao Paulo, Brussels, and Geneva. He also established the company’s security operations in Iraq in 2003, building a team of over 300 expat and local personnel involved in security and information collection.Baker is a regular contributor in the national and international media on intelligence, security, counterterrorism issues and world events. He appears regularly on Fox News, as well as other major media outlets. Baker has guest hosted for Fox News’ weekday morning show as well as the late night talk show Redeye and occasionally fills in as host of the Fox Radio Network morning talk show. He is a regular guest on the Imus Show as well as SiriusXM’s Opie & Anthony.Baker was the co-host of America Declassified, a weekly series that premiered on the TravelChannel in November 2013. He also the co-hosted World Access, a series premiered on the Travel Channel in 2015. Previously, Mike hosted the popular British reality television show “SPY”.In addition, Baker is a partner in Classified Trash, a television and film production company. Represented by William Morris Endeavor, he is involved in the creation and development of scripted and unscripted television shows and serves as a technical consultant and script advisor for feature films and television. Baker has been associated with the UK’s popular show Spooks (titled MI-5 for US markets) since the drama’s creation. He also hosted the popular British reality show SPY for the BBC in the UK.Contact a speaker booking agent to check availability on Michael G. Baker and other top speakers and celebrities.