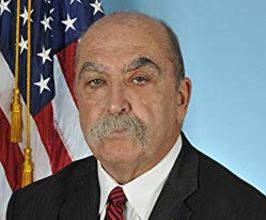 FBI Special Agent Michael R. McGowan (Retired) is the co – author, along with New York Times bestseller author Ralph Pezzullo, of the upcoming fascinating memoir tilted Ghost – My Thirty Years as an FBI Undercover Agent, recapping his more than 30 years of dedicated service within the FBI, the majority of which was spent working undercover against some of the most dangerous, sophisticated, and notorious criminal organizations and individuals throughout the world, having participated in excess of 50 FBI Undercover Operations. Ghost is scheduled for publication release in the Fall of 2018 by a major New York publisher and has been optioned for TV/Film development by a major LA motion picture studio and is ongoing.For over 30 years, Special Agent McGowan successfully infiltrated the Italian LCN (La Cosa Nostra/”The Mob”) and Russian Organized Crime groups, Mexican drug cartels, Outlaw motorcycle gangs, contract murderers, and corrupt politicians, all resulting in significant arrests, seizures, and lengthy incarcerations. He has been recognized at the highest levels of the FBI and Department of Justice for his FBI UCO assignments, both domestically and internationally.In the FBI’s-109 year history, Special Agent McGowan is the only FBI Agent with the following unique experiences: Successfully infiltrating three separate Mafia families – the Merlino/Luisi Philadelphia/Boston Family (1998-99); the Rhode Island faction of the Patriarca Family (2000-2005); and the Boston faction of the New England LCN (2008), resulting in the indictment and incarceration of one Boss, one UnderBoss, two capos, a national Union President, union officials, and dozens of LCN associates and soldiers. No other FBI Agent has infiltrated more than one LCN Family. Successfully infiltrating the Mexican Sinaloa Cartel and indicting the notorious head of the world’s most powerful Drug cartel organization and the most wanted fugitive in the world, Joaquin “El Chapo” Guzman Loera, and his Executive Management board – the only successful US law enforcement undercover penetration of the Sinaloa Cartel. Seized more than $15 million dollars of Cartel drugs without the expenditure of any FBI drug buy funds (2009-2012).Successfully infiltrating two Pakistani heroin trafficking organizations on separate occasions resulting in the indictment and incarceration of a top five international drug baron and the seizure of over 100 kilograms of almost pure heroin, valued at $400 million dollars, again without the expenditure of any FBI drug buy funds. The combined seizures are ranked as two of the top, if not top, heroin seizures ever within the United States (1992-1994) and (1995-1996).Falsely accused and investigated by the FBI of stealing $180 million dollars of drugs from a secured FBI evidence vault. Was interrogated with Miranda Warnings more than 20 times, had major case fingerprints taken in front of co-workers, and had his reputation and integrity temporarily destroyed by the false allegation. Later assisted in identifying the correct suspect. (1994).In addition to the above FBI undercover assignments, Special Agent McGowan was also intimately involved in the 2001 “PENTBOM” 9/11 Boston investigation, and the 2013 Boston Marathon Bombings investigation. Special Agent McGowan also served as an FBI SWAT Team member for more than 10 years, and prior to joining the FBI, served as a Police Detective/Police Officer for several years, and received commendations for his arrests on homicide, sexual assault, armed robbery, and other violent felony offenses.In his post-FBI career after retiring in 2017, Special Agent McGowan continues to provide training and mentoring to new law enforcement undercover agents, and now also provides consultant and technical advising services to the entertainment industry. Special Agent McGowan currently serves as the law enforcement consultant/technical advisor on the set of Equalizer 2, directed by Antoine Fuqua and starring Denzel Washington and Pedro Pascal.He is also at work on his second novel, a fictional FBI thriller series led by an unconventional, less-than-perfect but relentless FBI Agent battling not only the bad guys in the street but the internal and risk-averse forces within FBI management sitting inside safely behind their pristine desks. Special Agent McGowan lives in New England with his family and now fifth child, a 5-year-old badly behaved English Crème Golden Retriever.Contact a speaker booking agent to check availability on Michael R. McGowan and other top speakers and celebrities.