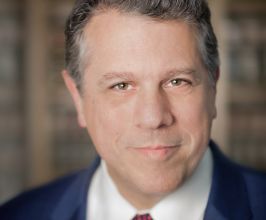 Book Michael Waldman for your event

Michael Waldman is President of the Brennan Center for Justice at NYU School of Law, a nonpartisan law and policy institute that focuses on improving the systems of democracy and justice. Waldman is a constitutional lawyer and writer, and is an expert on the presidency and American democracy. The Brennan Center is a leading legal voice on election law, Constitutional law, government reform and racial justice. In 2012 it helped lead the successful effort to block laws that could have made it harder for 5 million eligible citizens to vote. The Boston Globe called the Center “indispensable.” Waldman has led the Center since 2005.Mr. Waldman was Director of Speechwriting for President Bill Clinton from 1995-99, serving as Assistant to the President. He was responsible for writing or editing nearly 2,000 speeches, including four State of the Union and two Inaugural Addresses. He was Special Assistant to the President for Policy Coordination from 1993-95. As the top White House policy aide on campaign finance reform, he drafted the Clinton administration’s public financing proposal.He is the author of “The Second Amendment: A Biography” (Simon & Schuster, May 2014). Publishers Weekly called it “the best narrative of its subject.” In The New York Times, Joseph Nocera called it “rigorous, scholarly, but accessible.” The Los Angeles Times wrote, “[Waldman’s] calm tone and habit of taking the long view offers a refreshing tonic in this most loaded of debates.” Pulitzer Prize winning historian Joseph J. Ellis wrote, “this is the most comprehensive, accessible, and compelling version of the story in print.” In 2016, he released “The Fight to Vote” — sharing fascinating insights into the history of democracy as well as his ideas that could help move our democracy in a better direction.His previous books include “My Fellow Americans: The Most Important Speeches of America’s Presidents from George Washington to Barack Obama” (2003, 2010); “A Return to Common Sense” (2007); “POTUS Speaks” (2000); and “Who Robbed America? A Citizens’ Guide to the S&L Scandal” (1990).Mr. Waldman appears frequently on television and radio to discuss public policy, the presidency and the law. Appearances include “Good Morning America;” “The Colbert Report;” PBS’ “Newshour,” “CBS Evening News;” “The O’Reilly Factor;” “Nightline;” “60 Minutes;” “Hardball with Chris Matthews;” “The Rachel Maddow Show;” “Erin Burnett OutFront;” “Now With Alex Wagner;” color commentary on NBC (State of the Union) and ABC (Obama inaugural); NPR’s “Morning Edition;” “All Things Considered;” “Fresh Air;” “Diane Rehm” and many other programs. He writes frequently for publications including The New York Times, Politico Magazine, The Washington Post, Daily Beast, Slate, Democracy, Reuters.com and Bloomberg.com.Prior to his government service, Mr. Waldman was the executive director of Public Citizen’s Congress Watch, then the capital’s largest consumer lobbying office (1989-92). He was a Lecturer in Public Policy at Harvard’s John F. Kennedy School of Government (2001-03), teaching courses on political reform, public leadership and communications. He was a partner in a litigation law firm in New York City and Washington, D.C.Michael Waldman is a graduate of Columbia College (B.A., 1982) and New York University School of Law (J.D., 1987), where he was a member of the Law Review.Contact a speaker booking agent to check availability on Michael Waldman and other top speakers and celebrities.