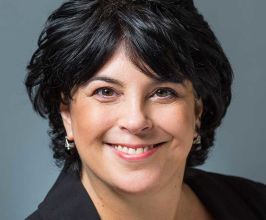 Book Michele Gelfand for your event

Michele Gelfand is a Distinguished University Professor at the University of Maryland, College Park. Gelfand uses field, experimental, computational, and neuroscience methods to understand the evolution of culture–as well as its multilevel consequences for human groups. Her work has been cited over 20,000 times and has been featured in the Washington Post, the New York Times, the Boston Globe, National Public Radio, Voice of America, Fox News, NBC News, ABC News, The Economist, De Standard, among other outlets.Gelfand has published her work in many scientific outlets such as Science, the Proceedings of the National Academy of Sciences, Proceedings of the Royal Society B, Psychological Science, among others. She has received over 13 million dollars in research funding from the National Science Foundation, Department of Defense, and the FBI.She is the author of Rule Makers, Rule Breakers: How Tight and Loose Cultures Wire the World and co-editor of the following books: Values, Political Action, and Change in the Middle East and the Arab Spring; The Handbook of Conflict and Conflict Management; and The Handbook of Negotiation and Culture. Additionally, she is the founding co-editor of the Advances in Culture and Psychology Annual Series and the Frontiers of Culture and Psychology series.She has received several awards, such as the 2017 Outstanding International Psychologist Award from the American Psychological Association, the 2016 Diener Award from the Society for Personality and Social Psychology, and the Annaliese Research Award from the Alexander von Humboldt Foundation. She also received the 2019 Outstanding Contributions to Cultural Psychology Award.Contact a speaker booking agent to check availability on Michele Gelfand and other top speakers and celebrities.