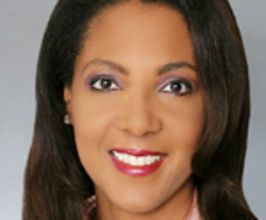 Book Michelle Bernard for your event

Michelle D. Bernard is the chairman, founder, president and CEO of the Bernard Center for Women, Politics & Public Policy and is a frequent political and legal analyst on MSNBC and other television networks. Bernard is a regular panelist with Hardball with Chris Matthews, The Daily Run Down with Chuck Todd and The Dylan Ratigan Group. Additionally, Bernard appears regularly on The McLaughlin Group. She is a regular guest commentator on National Public Radios All Things Considered and Tell Me More with Michel Martin and is a contributor for The Hills Pundits Blog and The Washington Posts “She the People”, a forum for women writing on politics, culture and the news.Bernard is the author of Womens Progress: How Women Are Wealthier, Healthier and More Independent Than Ever Before and is a contributing author to the National Urban Leagues State of Black America and Lifetime Networks Secrets of Powerful Women: 25 Successful American Politicians Tell How They Got Where They Are And What Its Like. In 2009, Bernard created, co-produced and hosted MSNBCs historic television program, About Our Children, featuring Dr. Bill Cosby. The program, which explored poverty and education reform, aired on MSNBC on September 20, 2009. Bernard is a director of the American Board for Certification of Teacher Excellence, Hampton University, and the National Womens History Museum. Bernard is a member of the Womens Forum of Washington, D.C. and is a 2003 graduate of Leadership Maryland.An attorney by training, Bernard concentrates on domestic and foreign policy matters. As a political and legal analyst, Bernard has spoken on topics as varied as the historic 2008 presidential campaign and election, various Congressional and gubernatorial campaigns and elections, the political participation and voting trends of African Americans and women, education reform and school choice, energy policy and security, foreign policy and national security issues, the war in Iraq, advancing democracy, economic liberty and the human rights of women and ethnic and religious minorities in the Middle East. Bernard has been featured in several publications, including Essence.com, Fast Company magazine, Jamaque magazine, The Legal Times, Newsmax magazine, The New York Daily News, The Washington Business Journal, The Washington City Paper, The Washington Lawyer, The Washington Post, The Washington Post Sunday Magazine and The Washington Times. In July 2008, Newsmax magazine named Bernard as one of three Fast Trackers on its list of the nations top opinion leaders.Bernard has appeared on ABC News Now, ABC Radio, BBC Radio, CNNs The Situation Room with Wolf Blitzer, C-SPANs Q&A with Brian Lamb and Washington Journal, Fox News Channels Americas Newsroom, Hannity & Colmes, The OReilly Factor, Studio B with Shepard Smith and Live Desk with Martha MacCallum, HBOs The Bill Maher Show, MSNBCs Decision 08 with Chris Matthews and Keith Olbermann, Morning Joe and NBCs TODAY and Nightly News Weekend Edition. She also has been a guest of PBSs This is America with Dennis Wholey, XM Satellite Radios presidential election channel POTUS 08, various hosts with XMs The Power, and several Middle Eastern radio and cable television programs.Bernards opinion editorials and commentaries have appeared in the G8 Summit magazine, The Hill.com, The Huffington Post, US News and World Report, The Washington Examiner, The Nashua Telegraph, The New York Post, The Philadelphia Daily News and The Washington Times.Bernard has spoken before numerous organizations and as the former president and CEO of the Independent Womens Forum (IWF), founded IWFs Iraqi Womens Democracy Initiative, which assisted in the development and implementation of training programs built on the pillars of democracy, womens rights and religious freedom, political activism in a democracy, issues of governance, free markets and non-governmental organizations.Prior to founding the Bernard Center for Women, Politics & Public Policy and joining IWF, Bernard had a short stint with the 2000 Bush-Cheney Presidential Inaugural Committee, Inc. Prior to that time, she was a partner at the District of Columbias Patton Boggs LLP.Bernard holds a Bachelor of Arts degree in philosophy and political science from Howard University and a Juris Doctor degree from The Georgetown University Law Center.Contact a speaker booking agent to check availability on Michelle Bernard and other top speakers and celebrities.