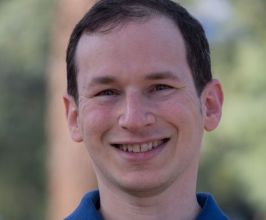 Book Mike Rothschild for your event

Mike Rothschild is a journalist who explores conspiracy theories and disinformation with the aim of understanding and debunking them. He is the author of the first complete book on the QAnon conspiracy movement, “The Storm is Upon Us”, which became the #1 new release on Amazon in several categories before its June 2021 publication. He’s also the author of the book “The World’s Worst Conspiracies”, published in 2020, along with hundreds of articles in different outlets.As a subject matter expert in disinformation, he has been interviewed by The New York Times, The Washington Post, CNN, the BBC, NPR, Yahoo!, Daily Beast, CBS, Slate, Rolling Stone, Snopes, NBC News, Vice, the Financial Times, Bloomberg, the Associated Press, and Politico, among many others. Rothschild has also made frequent TV, radio, and podcast appearances, including live on CNN with Kate Bolduan; The Mehdi Hasan Show on Peacock; Bloomberg Television; 60 Minutes Australia; the popular podcasts Reply All, Maintenance Phase, On the Media, Hell and Gone; and dozens of other shows. He lives in Los Angeles.Contact a speaker booking agent to check availability on Mike Rothschild and other top speakers and celebrities.