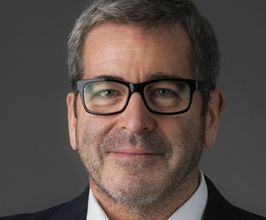 Book Miles O'Brien for your event

Miles O’Brien is a veteran independent journalist who focuses on science, technology and aerospace.He is the science correspondent for PBS NewsHour, a producer and director for the PBS science documentary series NOVA, a correspondent for the PBS documentary series FRONTLINE, and the National Science Foundation Science Nation series. He is also an aviation analyst for CNN.Born and raised in Detroit, Michigan, he studied history at Georgetown University and began his broadcasting career in 1982 in Washington, DC. O’Brien was a reporter and anchor at TV stations in St. Joseph, Missouri; Albany, New York; Tampa and Boston. He joined CNN in Atlanta as the science correspondent in 1992.While with CNN, O’Brien anchored programs including Science and Technology Week, Headline News Primetime, and CNN American Morning. He has covered all aspects of space including reports on the Hubble Space Telescope, the shuttle dockings at Mir, the first space station launch from Kazakhstan, John Glenn’s return to space, landings on Mars, the winning of the Ansari X-Prize, and the tragic loss of Columbia and its crew, a story he told to the world in a 16-hour marathon of live coverage.After years of negotiations, NASA had signed an agreement with CNN that, if not for the disaster, would have made O’Brien the first journalist to fly on a space shuttle. O’Brien followed the investigation and successful return to flight. He left CNN in December 2008.A third-generation pilot with an instrument rating, O’Brien owned a Cirrus SR-22 that he often flew to assignments. He is often called upon to explain the world of aviation to a mass audience and has reported extensively on civil aviation issues and crash investigations—most notably the disappearance of Malaysia Airlines flight MH370.O’Brien has won numerous awards over the years, including five Emmys, CINE Golden Eagle, and a Peabody and DuPont to name a few.In 2014 a heavy equipment case fell on Miles’s forearm while he was on assignment. He developed acute compartment syndrome, which necessitated the emergency amputation of his left arm above the elbow. Despite the loss of his arm, Miles continues to report on the latest scientific field research from all corners of the globe, whether it be the melting Denali Glacier or the Ebola hot zone of Western Africa. Not one to let anything hold him back, Miles is an avid sportsman and enjoys physical challenges. Since his accident, he has ridden numerous “century rides” on his bicycle, run two marathons, and recently finished a triathlon.Currently residing in Washington, DC, he is the proud father of two children. His son, a recent graduate of The US Naval Academy is an Ensign based in San Diego, CA, and daughter will be graduating form Davidson College in North Carolina in May 2016.Contact a speaker booking agent to check availability on Miles O’Brien and other top speakers and celebrities.