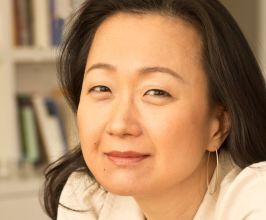 Min Jin Lee’s Pachinko (Feb 2017) is a national bestseller, a New York Times Editor’s Choice and an American Booksellers Association’s Indie Next Great Reads. Pachinko has been longlisted for the 2017 National Book Awards. Lee’s debut novel Free Food for Millionaires (May 2007) was a No. 1 Book Sense Pick, a New York Times Editor’s Choice, a Wall Street Journal Juggle Book Club selection, and a national bestseller; it was a Top 10 Novels of the Year for The Times of London, NPR’s Fresh Air and USA Today.Min Jin went to Yale College where she was awarded both the Henry Wright Prize for Nonfiction and the James Ashmun Veech Prize for Fiction. She attended law school at Georgetown University and worked as a lawyer for several years in New York prior to writing full time.She has received the NYFA Fellowship for Fiction, the Peden Prize from The Missouri Review for Best Story, and the Narrative Prize for New and Emerging Writer. Her fiction has been featured on NPR’s Selected Shorts and has appeared most recently in One Story. Her writings about books, travel and food have appeared in The New York Times Magazine, The New York Times Book Review, The Times Literary Supplement, Conde Nast Traveler, The Times of London, Vogue (US), Travel + Leisure (SEA), Wall Street Journal and Food & Wine. Her personal essays have been anthologized in To Be Real, Breeder, The Mark Twain Anthology: Great Writers on His Life and Works, One Big Happy Family, Sugar in My Bowl, and Global and the Intimate: Feminism in Our Time. She served three consecutive seasons as a Morning Forum columnist of the Chosun Ilbo of South Korea.Lee has spoken about writing, politics, film and literature at various institutions including Columbia University, French Institute Alliance Francaise, The Center for Fiction, Tufts, Loyola Marymount University, Stanford, Johns Hopkins (SAIS), University of Connecticut, Boston College, Hamilton College, Hunter College of New York, Harvard Law School, Yale University, Ewha University, Waseda University, the American School in Japan, World Women’s Forum, Korean Community Center (NJ), the Hay Literary Festival (UK), the Tokyo American Center of the U.S. Embassy, the Asia House (UK), and the Asia Society in New York, San Francisco and Hong Kong. In 2017, she won the Literary Death Match (Brooklyn/Episode 8), and she is a proud alumna of Women of Letters (Public Theater).From 2007 to 2011, Min Jin lived in Tokyo where she researched and wrote Pachinko. She lives in New York with her family.Contact a speaker booking agent to check availability on Min Jin Lee and other top speakers and celebrities.