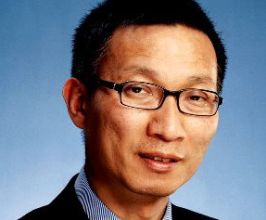 Minxin Pei is a director of the China Program at the Carnegie Endowment for International Peace, where he has also been a senior associate since 1999.

Book Minxin Pei for your event

His areas of expertise are China, Taiwan, East Asia, and democracy.Before joining the Carnegie think-tank in Washington, Dr. Pei taught politics at Princeton University (1992–1998). Prior to that he taught at Davidson College, Harvard, University of Pittsburgh, and Shanghai International Studies University.Dr. Pei is the author of From Reform to Revolution: The Demise of Communism in China and the Soviet Union (Harvard University Press) and China’s Trapped Transition: The Limits of Developmental Autocracy (Harvard University Press), and he edited Zhongnanhai’s Choice: Challenges for China’s New Leaders (in Chinese). His research has been published in Foreign Policy, Foreign Affairs, The National Interest, Modern China, The China Quarterly, the Journal of Democracy, and many edited books. His op-eds have appeared in the Financial Times, The New York Times, The Washington Post, The Christian Science Monitor, and other major newspapers.Dr. Pei has received research grants from the Smith Richardson Foundation, the Kimsey Foundation, the Henry Luce Foundation, the LWH Family Foundation, and the United States Institute of Peace. He was awarded a John M. Olin Faculty Fellowship (John M. Olin Foundation), a William Sauter ’28 LaPorte Preceptorship (Princeton University), a Robert S. McNamara Fellowship (World Bank), a National Fellowship (Hoover Institution), and the Edward M. Chase Prize for the best dissertation in a field of political science (Harvard University).Dr. Pei has a BA from Shanghai International Studies University, an MFA from the University of Pittsburgh, and an MA and a PhD in political science from Harvard University.Contact a speaker booking agent to check availability on Minxin Pei and other top speakers and celebrities.