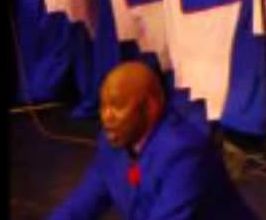 “Serving God Through Song” is the motto and the mission of The Mississippi Mass Choir. Although striving to succeed in the gospel music industry, the Choir’s purpose is to help establish the gospel of Jesus Christ throughout the world. Since its formation in 1988, the choir has won numerous honors and awards for its contributions to gospel music. The group has traveled extensively throughout the United States, toured Japan and appeared in Nassau, the Bahamas. When you consider the level of success enjoyed by this relatively novice group of singers, it becomes evident that serving the Lord pays off.After wrestling with the idea of forming a mass choir for some time, Frank Williams, a member of The Jackson Southernaires and an executive in the gospel music division of Malaco Records, decided to form The Mississippi Mass Choir. First, he got the record company’s support. Then he began calling on well-known Mississippi talents like David R. Curry, who became the choir’s music director. Having the foundation laid, open auditions were held and more than 100 voices from across the state came together to form The Mississippi Mass Choir. After months of rehearsals, the choir recorded their first album and video, “The Mississippi Mass Choir Live” on October 29, 1988.In the spring of 1989, five weeks after their debut album was released, Billboard magazine certified it as the No. 1 Spiritual album in the country. The album stayed on the Billboard charts for a consecutive 45 weeks, setting a new record for gospel recordings. At the 9th annual James Cleveland GMWA Awards, the Mississippi Mass won the Choir of the Year-Contemporary, and Best New Artist of the Year-Traditional. They also walked away with four Stellar Awards in 1989 and nominated in several categories for the 1989 Soul Train Music Awards and Dove Awards.The choir’s next project, “God Gets The Glory,” in 1990, debuted on the Billboard chart in the Number 16 position, reaching No. 1 position two weeks later. Many awards followed with the release of the album. One of the most treasured albums released by the choir was the one on January 1993; “It Remains To Be Seen.” It maintained the No. 1 position for 12 months and proved to be a mainstay for some time. The special part of the album is that it contains the last recorded performance of the choir’s founder, Frank Williams, who died on March 22, 1993.Through it all, the choir has maintained its humility, realizing all praise and honor belongs to the Lord.Contact a speaker booking agent to check availability on Mississippi Mass Choir and other top speakers and celebrities.