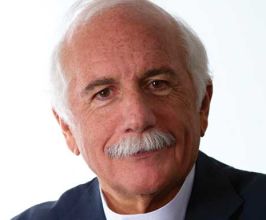 Book Moshe Safdie for your event

Moshe Safdie was born in Haifa, Israel, in 1938. Educated in Israel during the formative years of the state, he moved to Canada with his family as a teenager, and eventually graduated from McGill University in 1961 with a degree in architecture. After apprenticing with Louis I. Kahn in Philadelphia, he returned to Montreal, taking charge of the master plan for the 1967 World’s Fair (Expo ’67); he also realized an adaptation of his graduation thesis as Habitat ’67, the central feature of the exhibition. Habitat, which opened in 1967, soon became one of the lasting 20th-century icons of utopian urban living.In 1970 Safdie established a Jerusalem branch office, commencing an intense involvement with the rebuilding of Jerusalem. He was responsible for major segments of the restoration of the Old City and the reconstruction of the new center, linking the Old and New Cities. Over the years, his involvement expanded to include the new city of Modi’in, the new Yad Vashem Holocaust Museum, the Rabin Memorial Center, and the National (Ben Gurion) Airport. During this period, Safdie also became involved in the developing world, working in Senegal, Iran, Singapore, and the Canadian arctic.In 1978, following teaching appointments at Yale, McGill, and Ben Gurion Universities, Safdie relocated his residence and principal office to Boston when he became Director of the Urban Design Program and the Ian Woodner Professor of Architecture and Urban Design at the Harvard Graduate School of Design. In the following decades, he was responsible for the design of six of Canada’s principal public institutions, including the Quebec Musée de la civilisation, the National Gallery of Canada in Ottawa, Montreal’s Musée des beaux arts, and the Vancouver Public Library – all but one of the six projects having been won in international and national competitions.Safdie has been awarded numerous major commissions in the United States, Canada, Israel and Asia. These include several museums, such as the Telfair Museum of Art in Savannah, GA, the Peabody Essex Museum in Salem, MA, the Skirball Cultural Center in Los Angeles, CA, and Crystal Bridges Museum of American Art in Bentonville, AR; educational facilities such as Eleanor Roosevelt College at the University of California in San Diego; civic buildings such as the Springfield, MA Federal Courthouse and the United States Institute of Peace Headquarters in Washington, D.C.; performing arts centers such as the Kaufmann Center for the Performing Arts in Kansas City, MO; the Salt Lake City Main Public Library; and the mixed-use Marina Bay Sands in Singapore. In addition to major works of urbanism, Safdie’s work includes two airports: Lester B. Pearson International Airport in Toronto (in a joint venture with Adamson Associates and Skidmore, Owings & Merrill), and the Ben Gurion International Airport in Israel.Recipient of architectural, academic, and civic accolades, including several honorary doctorates and nomination to the Order of Canada, Moshe Safdie is also the winner of the 2015 American Institute of Architects Gold Medal, awarded “in recognition of a significant body of work of lasting influence on the theory and practice of architecture” (AIA website).Contact a speaker booking agent to check availability on Moshe Safdie and other top speakers and celebrities.