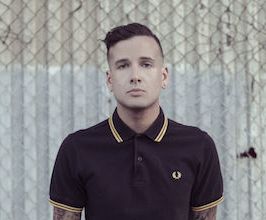 Book Mystery Skulls for your event

Mystery Skulls is an electronic dance-oriented neo-soul and vintage disco-influenced outfit centered around lead singer/songwriter Luis Dubuc. Formed in Dallas, Texas in 2010, Mystery Skulls grew out of Dubuc’s previous project the Secret Handshake. In 2011, Dubuc debuted the first Mystery Skulls album, the five-track EP, which included the single “Amazing.” In 2012, buoyed by a strong online following, Dubuc relocated the band to Los Angeles. In 2014, Mystery Skulls released their full-length debut album, Forever, on Warner Bros.Born in New Orleans and raised in Dallas, the 28-year old fluent, Spanish-speaking Dubuc found his own sound within the confines of beats, synths and grooves stemming from the 90’s New Jack Swing R&B sounds of his childhood and musical heroes such as Prince, Michael Jackson, Daft Punk, Roger & Zapp, the Gap Band, and Slayer.Dubuc first got his start playing drums in a local band with friends called Thirty Called Arson, but he truly found his niche, however, in writing and recording electronica pop/rock songs with a laptop and Wurlitzer. Under the alias The Secret Handshake, Dubuc developed a cult-following with critical acclaim of his music while playing the guitar, synthesizer, piano, percussion and computer-generated sound effects from his computer including his 2009 and third studio album My Name Up in Lights. Recorded in his Dallas apartment, the album landed at #7 on Billboard’s Heatseekers chart and #45 on the Independent Albums chart, leading to an opener slot on Alternative Press’ 2009 “The Fall Ball” tour as well as shows in Australia.In 2011, Dubuc ended life as The Secret Handshake posting on Twitter “Done with the past. Proud of what I accomplished but ready to move on.” Dubuc reinvented himself as Mystery Skulls with the release of his self-titled EP that December. The 4-song album offers a refined formula of his indie synth-pop soundscape juxtaposed with his soul influenced vocal styling. Since then, Mystery Skulls has been making his rounds across Los Angeles with his ability to insert life into any venue he performs at, opening for Flume at a sold out show at The Echo, acquiring a coveted residency at Bootleg Theatre, winning over the discerning crowd at Bardot’s “School Night” and playing with Chromeo, Avicii, Yeasayer and Chic on select dates. After seeing the one-man-band bring the house down at Los Angeles’ Brokechella Festival, the smitten staff at Warner Bros. Records’ A&R department signed Dubuc in June of 2013.Contact a speaker booking agent to check availability on Mystery Skulls and other top speakers and celebrities.