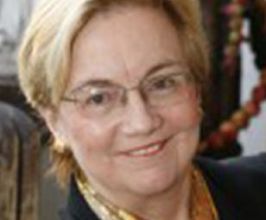 Book Nancy Barry for your event

In September 2006, Nancy Barry launched Enterprise Solutions to Poverty, which has mobilized over 150 leaders of corporations, banks and enterprises in India, China, Colombia, Mexico and Kenya to build inclusive business strategies. The objective is to engage over 50 million low income people as suppliers, distributors and consumers of asset-building products by 2014. ESP’s focus is on agribusiness, decentralized distribution systems, financial products and profitable social services.Ms. Barry is recognized as a global leader in building enterprise and financial systems that work for the majority. She was President of Women’s World Banking from 1990 to August 2006. With Nancy’s leadership, WWB network members dramatically increased outreach of financial services to low income women and households, with over 23 million clients served in 2006. WWB shaped the microfinance industry, mobilizing other key actors to build new paradigms, policies and performance standards, globally and in the major emerging markets of Asia, Latin America and Africa. WWB also mobilized mainstream financial institutions to provide financial services for the majority.Prior to joining WWB, Ms. Barry spent 15 years with the World Bank, where she pioneered the Bank’s small enterprise programs, led the World Bank’s work on industry, trade and finance, and managed several Bank-wide initiatives. She chaired the Donor’s Committee on Small and Medium Enterprises, and was a founding member of the CGAP Policy Advisory Group. Ms. Barry has a bachelor’s degree in economics from Stanford University and an MBA from Harvard Business School.Ms. Barry has received a number of awards including the Forbes Trailblazer Award in 2002, the Kellogg-McKinsey Award for Distinguished Leadership in 2004, the Harvard Business School Achievement Award in 2005, the Forbes list of the 100 Most Powerful Women in the World in 2004 and 2005 and U.S. News and World Report’s America’s Twenty Best Leaders Award in 2006. She serves on several boards including the BBVA Microfinance Foundation, the China Mobile Advisory Board for Strategy Development, the Harvard Business School Visiting Committee and HBS Social Enterprise Initiative, and the Strauss Foundation.Contact a speaker booking agent to check availability on Nancy Barry and other top speakers and celebrities.