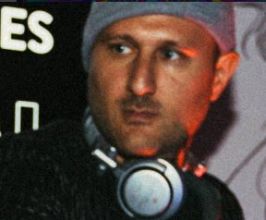 Book N.A.S.A. for your event

N.A.S.A., an acronym for North America South America, was a collaborative alternative dance project between Squeak E. Clean and DJ Zegon that rounded up an amazingly eclectic bunch of underground music stars for the full-length album The Spirit of Apollo. Of the two DJ/producers comprising N.A.S.A., Squeak E. Clean was the better known. Born Sam Spiegel, he initially established himself as an award-winning producer of television commercial soundtracks during the early to mid-2000s. His production for “Hello Tomorrow,” a collaboration with Karen O of the Yeah Yeah Yeahs for an Adidas spot, was awarded the Gold Lion for Best Music at the 2005 Cannes International Advertising Festival and proved so popular that it was released as a commercially available single. Around this same time, Squeak E. Clean began producing songs for a variety of recording artists. Most notably, he produced the Grammy-nominated Yeah Yeah Yeahs album Show Your Bones (2006). Moreover, he collaborated from time to time with his brother, acclaimed video and film director Spike Jonze, on projects such as Yeah Right! (2003), a celebrated skateboarding film. Born Zé Gonzales, DJ Zegon was Spiegel’s South American counterpart. Originally from São Paulo, Brazil before relocating to Los Angeles, California, he is best known for his tenure in the Brazilian rap group Planet Hemp, which was active between the years 1993-2001 and released a series of albums on Sony Music. Working together as N.A.S.A., the two DJ/producers rounded up a slew of noted music figures over the course of several years for what would ultimately become their full-length album debut, The Spirit of Apollo. Released in 2009 on Anti- Records, the album featured vocal turns by David Byrne, Seu Jorge, Ol’ Dirty Bastard, Tom Waits, Kanye West, George Clinton, M.I.A., Santigold, Lykke Li, and many more. Unfortunately, Speigel contracted Lyme disease soon after and the project was put on hold. He scored some movies and video games in the meantime before ramping up a N.A.S.A. comeback for 2015, which included “Meltdown” (featuring DMX and Priyanka Chopra), “Jihad Love Squad” (featuring KRS-One), “Iko” (featuring female rapper Lizzo), and the roiling “Hands Up, Don’t Shoot!” (featuring Lizzo and Sean Paul).Contact a speaker booking agent to check availability on N.A.S.A. and other top speakers and celebrities.