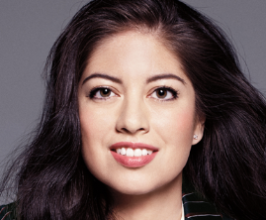 Founder & CEO of the Pipeline Fellowship; Creator of #WomanInnovator Campaign

Natalia Oberti Noguera is the founder and CEO of the Pipeline Fellowship, which trains women philanthropists to become angel investors through education, mentoring and practice. The Pipeline Fellowship aims to diversify the investor pool and connect women social entrepreneurs with investors who get them. She is also the creator of #womaninnovator, a media campaign to increase the visibility of women changemakers and mainstream their stories.Noguera is also Creator & Host of Pitch Makeover, a podcast on startups, pitching, investing, and #morevoices (women, non-binary people, and men of color).Natalia holds a BA from Yale in Comparative Literature & Economics, as well as an MSc in International Health Care Management from SDA Bocconi. She also holds an MA in Organizational Psychology from Teachers College at Columbia University. In addition to English, Natalia is fluent in Spanish, Italian, and French.Natalia has been featured in Bloomberg Businessweek, Dowser, Forbes CSR Blog, ForbesWoman, Mashable, New Prosperity, TechCrunch, and The New York Times. She was named to the Forbes list “Top 20 Women for Entrepreneurs to Follow on Twitter” and was selected as a Readers’ Pick for HuffPost Tech’s “27 Women in Tech.”Natalia serves on the boards of Walker’s Legacy, Women 2.0, and iRelaunch. Inc. Magazine selected Natalia as one of “The Most Impressive Women Entrepreneurs of 2016,” Latina.com included her in their list of “25 Latinas Who Shine in Tech,” and Women’s eNews recognized her as one of 21 Leaders for the 21st Century for 2012.StartOut, a network of LGBTQ entrepreneurs, honored Natalia with the 2017 Nixon Peabody Trailblazer Award, “recognizing an entrepreneur whose pioneering approach or vision has set a trend for an entire industry.”Contact a speaker booking agent to check availability on Natalia Oberti Noguera and other top speakers and celebrities.