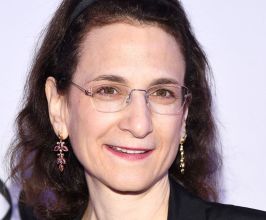 Lighting Designer for the Theatre, Dance, and Opera

Book Natasha Katz for your event

Natasha Katz is a Lighting Designer who works extensively in the worlds of Broadway, Opera, and Ballet. She was recently nominated for her 13th Tony Award for her work on the 2016 revival of A Long Day’s Journey Into Night. She won the 2015 Tony Award for Best Lighting Design of a Musical for her work on An American in Paris, which was her fifth win.Among her over 50 Broadway show credits include designs for School of Rock, An American in Paris, Gigi, Skylight, Aladdin, Motown, Once (Tony Award), Follies, Sister Act, Elf, Collected Stories, The Addams Family, Impressionism, Hedda Gabler, The Little Mermaid, The Coast of Utopia: Salvage (Tony Award), A Chorus Line (revival), 25th Annual Spelling Bee, Tarzan, Aida (Tony Award), Sweet Smell of Success, Twelfth Night, Dance of Death, Beauty and the Beast, The Capeman, Gypsy. She has subsequently recreated her designs for many of these productions around the world.She has lit such luminaries as Zachary Quinto, Jake Gyllenhaal, Mike Tyson, Jessica Lange, Helen Hunt, Mary Louise Parker, Christopher Plummer, Elaine Stritch, Cathy Rigby, Nathan Lane, Bernadette Peters, Claudette Colbert, Rex Harrison, and has designed concert acts for Shirley MacLaine, Ann-Margret, and Tommy Tune.In the world of Dance, Natasha is a frequent collaborator with choreographer Christopher Wheeldon, with projects including The Winter’s Tale, Alice’s Adventures in Wonderland, Cinderella, and Tryst, all at the Royal Opera House in London. Other collaborations with Mr. Wheeldon include Continuum (San Francisco Ballet), Carnival of the Animals and An American in Paris (New York City Ballet). Her other dance work includes American Ballet Theatre’s production of Don Quixote and productions with companies including San Francisco Ballet, Dutch National Ballet and National Ballet of Canada.For the Opera stage, her credits include Die Soldaten for the New York City Opera, two productions of Norma for Joan Sutherland: the Opera Pacific in Costa Mesa, California, and the Michigan Opera Theatre in Detroit, Michigan, She has also worked with The Royal Opera on Cyrano de Bergerac , directed by Francesca Zambello.Her film work includes Barrymore starring Christopher Plummer, and Mike Tyson: The Undisputed Truth. She has also lit the HBO Television specials Mambo Mouth and Side-O-Rama.Her permanent audio-visual shows include The Masquerade Village at the Rio Casino, Las Vegas, and Big Bang at the Hayden Planetarium in New York, and for Niketown in New York City. and London.A New York City native, Natasha trained at Oberlin College, and early in her career was mentored by Roget Morgan.Contact a speaker booking agent to check availability on Natasha Katz and other top speakers and celebrities.