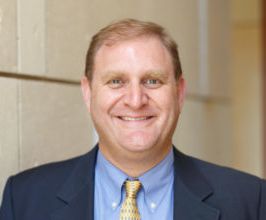 Book Nate Persily for your event

Nate Persily is the James B. McClatchy Professor of Law at Stanford Law School, with appointments in the Political Science and Communication departments. His scholarship, routinely cited by the US Supreme Court, focuses on voting rights, political parties, campaign finance, redistricting, and election administration. He has served as a special master or court-appointed expert to craft legislative districting plans for many states and as the senior research director for the Presidential Commission on Election Administration. Persily co-authored the election-law casebook, The Law of Democracy. His current work, for which he has been honored as an Andrew Carnegie Fellow, examines the impact of changing technology on political communication, campaigns, and election administration. He co-directs the Stanford Project on Democracy and the Internet and co-chairs the Social Science One initiative.An award-winning teacher and nationally recognized constitutional law expert, Professor Persily, JD ’98, focuses on the law of democracy, addressing issues such as voting rights, political parties, campaign finance and redistricting. A sought-after nonpartisan voice in voting rights, he has served as a court-appointed expert to draw legislative districting plans for Georgia, Maryland and New York and as special master for the redistricting of Connecticut’s congressional districts. He also served as the Senior Research Director for the Presidential Commission on Election Administration, a bipartisan commission created by the President to deal with the long lines at the polling place and other administrative problems witnessed in the 2012 election.His other principal area of scholarly interest concerns American public opinion toward various constitutional controversies. He designed the Constitutional Attitudes Survey, a national public opinion poll executed in both 2009 and 2010. The survey includes an array of questions concerning attitudes toward the Supreme Court, constitutional interpretation and specific constitutional controversies.Persily has also published dozens of articles in both scholarly publications and popular media on the legal regulation of political parties, on issues surrounding the census and redistricting process, on voting rights and on campaign finance reform. Prior to joining the faculty at Stanford Law School in July 2013, Professor Persily was the Charles Keller Beekman Professor of Law and Professor of Political Science at Columbia Law School, and prior to that he was Professor of Law and Political Science at the University of Pennsylvania. Professor Persily has also been a visiting professor at Harvard, NYU, Princeton, the University of Amsterdam and the University of Melbourne. He received a combined B.A./M.A. in political science from Yale (1992), his J.D. from Stanford (1998) where he was President of Volume 50 of the Stanford Law Review and his Ph.D. in Political Science from U.C. Berkeley (2002).Contact a speaker booking agent to check availability on Nate Persily and other top speakers and celebrities.