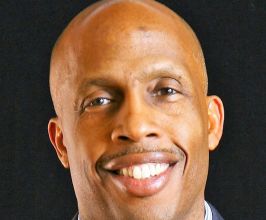 Book Nathaniel A. Turner for your event

Nathaniel A. Turner is the author of multiple books, including the history-making Raising Supaman, a collection of contiguous letters spanning two decades penned to prepare his son to be a great global citizen. Turner has appeared in many media outlets, including Black Enterprise, iHeartRadio, The Good Men Project, The Washington Post, and U.S. News & World Report.As a zealous advocate that every person has an opportunity to maximize their human potential, Nate shares through courses, workshops, and conferences ‘The Life Template,’ a backward design life process he first developed to help his son meet the rigorous educational requirements of the top colleges and universities. Turner created ‘The Life Template’ in 1994 to make sure his then-unborn child would meet the admission criteria for Harvard University: intellectual astuteness, global competency, and humanitarian centered.Without means of wealth, privilege, legacy status, fraud, bribery, cheating or Adobe Photoshop, Turner’s son not only met Harvard’s admission benchmarks (i.e., test scores in top 1%, 33 college credits, proficiency in four languages, lived abroad playing soccer for more than a year; and started a foundation to address teen homelessness); he eviscerated the profiled criterion by his sixteenth birthday. At present, Turner’s son is an Electrical and Computer Engineering Ph.D. student at one of the nation’s premier graduate engineering schools. Today, those tools, techniques, and strategies initially created to help his child thrive in the Fourth Industrial Revolution are educational and life development staples for students, parents, and organizations all over the country.Turner holds multiple degrees, ranging from Accounting (History Theology and Law (Juris Doctor). The diversity of this TED speaker’s formal education, combined with a wide range of personal experiences and professions, makes him a modern-day Renaissance Man and a highly sought-after speaker.When Nathaniel’s time on the planet is up, the self-described Humanity Propulsion Engineer hopes to be remembered merely as a man who did his best to leave the earth better than it was when he arrived.Contact a speaker booking agent to check availability on Nathaniel A. Turner and other top speakers and celebrities.