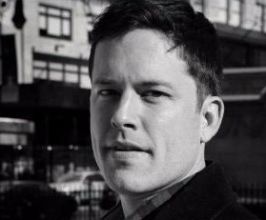 Book Nathaniel Popper for your event

Nathaniel Popper is a business reporter at the New York Times and the author of Digital Gold: Bitcoin and the Inside Story of the Misfits and Millionaires Trying to Reinvent Money, released by HarperCollins.Nathaniel grew up in Pittsburgh where his primary goal as a youngster was to one day play in the National Hockey League. After realizing the low odds of that outcome, he took a year off before college during which he hiked the southern half of the Appalachian Trail (from Harpers Ferry to Springer Mountain), and worked on a research station in the Caribbean National Forest in Puerto Rico. His time in Puerto Rico led to his first byline on a scintillating scientific paper about mahogany leaf growth under contrasting light regimes.As an undergraduate at Harvard, Nathaniel studied the history and literature of the United States, writing a thesis on William Faulkner. He spent much of his time in college working on Let’s Go travel guides and serving as a stalwart on the third and fourth lines of the junior varsity hockey team. After college, Nathaniel spent a year in Berlin on a DAAD fellowship. He got his start as a journalist working as an unpaid intern in Reuter’s Berlin bureau.Nathaniel’s first reporting job was at the Forward, a Jewish newspaper that was founded in 1897 back when Yiddish was the primary language of most Jewish Americans. At the Forward, Nathaniel got a chance to write, in English, about Lee Harvey Oswald’s killer, Jack Ruby; the roots of Bobby Fisher’s anti-semitism, and the saga of a Holocaust denier living on the Upper West Side. On a fellowship from the International Center for Journalists, Nathaniel traveled through eastern Europe covering the battle for the post of chief rabbi in Ukraine and a pilgrimage of Jewish worshippers to the small Ukrainian town of Uman. In his final years at the Forward, Nathaniel conducted a lengthy investigation of the kosher meat industry, which sparked a protest movement and major efforts at reform and led to the closure of the largest kosher meat company in the world.While he was at the Forward, Nathaniel got his first byline in the New York Times on a story about a Brooklyn bookstore’s unusual ploy to stay alive. He also wrote two lengthy stories for The Nation, one of them investigating the unlikely role that an American book played in a Guatemalan presidential election, and the other one exposing the significant but unacknowledged debt that Hannah Arendt owed to Raul Hilberg, a complex early scholar of the Holocaust.In a job transition that had not been attempted before, Nathaniel moved from the Forward to the Los Angeles Times to serve as the New York business correspondent, covering Wall Street as it recovered from the financial crisis. This led to stories about the small room with a nerf basketball hoop that functioned as the headquarters of the Federal Reserve’s massive quantitative easing program, and the effort among trading firms to recruit young poker players. Farther afield, he wrote about the cutting edge dentist Edward Zuckerberg — Mark’s father — and the surprising labor battles at Ikea’s first American factory.Nathaniel joined the New York Times in 2012, initially to write about financial markets. He wrote one of the first stories about a friendly Canadian trader trying to upset the plans of the high frequency trading industry and a in-depth profile of the unexpected new owner of the New York Stock Exchange. This being the New York Times, Nathaniel also had a chance to write about the lengths to which college coaches have gone to recruit middle school girls for college sports teams.A story in the spring of 2013, revealing the significant stockpile of Bitcoins that Cameron and Tyler Winklevoss had quietly amassed, plunged Nathaniel into the strange, fascinating world of virtual currencies, which eventually resulted in Digital Gold, the story of Bitcoin. Perhaps you want to buy it?Nathaniel now spends his days writing about Wall Street banks like JPMorgan Chase, Goldman Sachs and Morgan Stanley, paying particular attention to the way banks are changing in the wake of the financial crisis. His nights are spent playing with choo-choo trains and reading books to his two year old alongside his wife, the writer Elissa Strauss and their dog Sammy.Contact a speaker booking agent to check availability on Nathaniel Popper and other top speakers and celebrities.