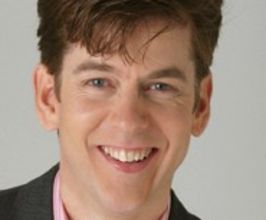 Book Nic Feteris for your event

Imagine taking ONE step and you are propelled into the most extreme environment on earth. Turning back is not an option. You are now in the vicinity of what it feels like to make a freefall parachute jump off a very tall mountain.Nic Feteris jumps off mountains, and he asks his audiences to do that too.Like this: picture yourself thousands of feet up, toes hanging over the edge of a sheer vertical drop, ready to jump. Think of the most focused you have ever been in your entire life. Now quadruple itâ€¦ Now, jump.Whatever you were thinking about one minute ago has vanished. Suddenly all that exists is what you see before you and a set of actions to make your jump successful and safe. Now imagine Nic taking his audience on that jump at your event. Preparing your team for itâ€™s own giant leap forward and helping them to concentrate on their challenge ahead.Nic speaks about climbing and jumping off mountains (plus other awe-inspiring pinnacles, like the Statue of Liberty) in terms of the teamwork, planning, and solution selling that makes his adventures achievable. He does so while demonstrating the pioneering spirit, tenacity, and sheer determination that is very often necessary to transform our dreams, visions or ideas into reality.When Nic made his first pioneering jump from a mountain, El Capitan, at Yosemite National Park in California, he was alone, with no one to lead the way. He had never even heard of â€œbase-jumpingâ€ back then, an adventure sport well established today. He was pioneering too, when he set the existing world-record for the highest base-jump by parachuting from another very special and spectacular mountain, the 21,000-foot high Great Trango Tower in Pakistan. That time, however, it was a team effort.Nic successfully executed his idea to make a documentary with partner National Geographic Television and distributed it to over 80 countries. He sold his film concept to corporate sponsors who also profited from its success. Most of all, he realized his vision to portray a sport which many regarded was for people with a â€œdeath wishâ€, as an inspiring professional adventure.The professional skills Nic drew upon to make that and other dreams come true were developed during a former career in media and advertising. He worked in magazine publishing for more than a decade, mostly with media specializing in information technology, in positions ranging from Sales Executive to Publisher.These days Nic runs Jump, his marketing and promotions business based in Sydney (with an affiliate office in Los Angeles). As well as being the vehicle that promotes and coordinates Nicâ€™s adventures, Jump is a consultant to strategic and equity partners.Finally, after inspiring his audience to take pioneering steps to the brink of their own precipice of outstanding personal achievement, Nic takes them right over the edge, with breathtaking film footage of his world-record jump. It is an unforgettable visual experience that will raise the eyebrows of your most â€œbeen there, done thatâ€ overachievers.Whether your audience needs to jump into the record books, or step just outside their personal comfort zone, Nic leaves you with a fresh sense of courage and commitment to succeed.Speech TopicsWorking TogetherNic has a unique story of partnership and teamwork. Picture this, for example: He is an experienced parachutist and a pretty ordinary climber. He teams up with a skilled climber who has only jumped once or twice. They teach each other their complimentary adventure skills, so, as a multi disciplinary team, they can climb and base-jump off the highest cliff face in the world.SellingNic spent years trying to convince supporters he could promote a world-record seeking professional adventure – safely! Success came when he began to sell his vision. Nic speaks of learning to inspire supporters before he explains how and why his technical expertise will keep him, and their investment, safe. Even as an adventurer, Nic must sell solutions, and present benefits before features, to achieve success.PlanningEveryone on Nicâ€™s team may have bought into the idea of joining the expedition, but are they thinking about climbing the same mountain, or taking the same route to the top? Nic shows how strategy will align a team behind one common, clearly defined goal. Then, how masterful tactics help to get there.Contact a speaker booking agent to check availability on Nic Feteris and other top speakers and celebrities.