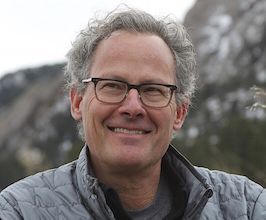 Writer on the Intersection of Technology, Economics & Culture; Author “The Shallows” & “The Glass Cage”

Book Nicholas Carr for your event

Nicholas Carr is an acclaimed writer whose work focuses on the intersection of technology, economics, and culture. His books, including the Pulitzer Prize finalist and New York Times bestseller “The Shallows: What the Internet Is Doing to Our Brains,” have been translated into more than twenty-five languages. He is the former Richmond Visiting Professor of Sociology at Williams College, where he was also a faculty affiliate of the Science & Technology Studies program. He lives in Massachusetts.A New York Times bestseller when it was first published in 2010 and now hailed as “a modern classic,” “The Shallows” remains a touchstone for debates on technology’s effects on our thoughts and perceptions. Carr’s 2014 book “The Glass Cage: Automation and Us,” which the New York Review of Books called a “chastening meditation on the human future,” examines the personal and social consequences of our ever-growing dependency on computers, robots, and apps. His latest book, “Utopia Is Creepy,” published in 2016, collects his best essays, blog posts, and other writings from the past dozen years. The collection is “by turns wry and revelatory,” wrote Discover. He also has two other books: “The Big Switch: Rewiring the World, from Edison to Google,” and “Does IT Matter?.”Carr has written for many newspapers, magazines, and journals, including The Atlantic, the Wall Street Journal, the New York Times, Wired, Nature, MIT Technology Review. His essays, including “Is Google Making Us Stupid?” and “The Great Forgetting,” have been collected in several anthologies, including The Best American Science and Nature Writing, The Best Spiritual Writing, and The Best Technology Writing. In 2015, he received the Neil Postman Award for Career Achievement in Public Intellectual Activity from the Media Ecology Association.Carr is a former member of the Encyclopedia Britannica’s editorial board of advisors, was on the steering board of the World Economic Forum’s cloud computing project, and was a writer-in-residence at the University of California at Berkeley’s journalism school. Since 2005, he has written the popular blog Rough Type. Earlier in his career, he was executive editor of the Harvard Business Review. He holds a B.A. from Dartmouth College and an M.A., in English and American Literature and Language, from Harvard University.In addition to speaking at a wide range of professional and academic events, Carr has appeared as a commentator on many television and radio programs, including NPR’s “All Things Considered” and “OnPoint,” the “PBS NewsHour,” MSNBC’s “Morning Joe,” “CBS Sunday Morning,” and “The Colbert Report.”Contact a speaker booking agent to check availability on Nicholas Carr and other top speakers and celebrities.