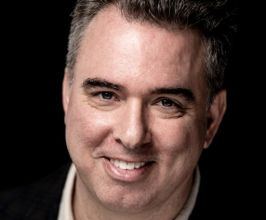 A passionate advocate for long-term business growth driven by innovation, marketing, and IP development, Nicholas de Wolff is an award-winning strategic adviser who has spent the bulk of his career focused on emerging media and community-building experiences. He was part of the team at New Line Cinema that pioneered successful niche marketing strategies for films such as “My Own Private Idaho,” “Metropolitan,” “Teenage Mutant Ninja Turtles” and “Nightmare on Elm Street.”As interactive entertainment grew in popularity, he led the teams that created Muppetworld, Dawsons’s Desktop and Playhouse Disney, among many other pioneering properties. While serving as Chief Marketing Officer at Technicolor, he was focused on introducing innovative hardware/software solutions for content management, security, and distribution, while concurrently helping to form the Digital Watermarking Alliance, co-founding the New Media Council of the Producers Guild, and negotiating that Guild’s first corporate sponsorships.He was Former Chief Marketing Officer at Technicolor and Nicholas has been a keynote speaker at conferences worldwide. He is was also a co-founder and inaugural Governor of the Producers Guild of America’s New Media Council and was inducted in to the Academy of Television Arts & Sciences in 2002, where he has served on the Jury for both the Emmy Awards and College Television Awards for several years.With a strong background in emerging digital content channels, platforms, and technologies, Nicholas has been responsible for the launch and development of more than 30 businesses in a variety of markets. Today, he focuses on helping start-ups, governments, and corporations refine their strategic plans, to better and more profitably integrate sustainability, community, and creativity. He lives in Burbank, California with his wife and daughter, where everybody wakes up to sunny days, but dreams of a little rain.Contact a speaker booking agent to check availability on Nicholas de Wolff and other top speakers and celebrities.