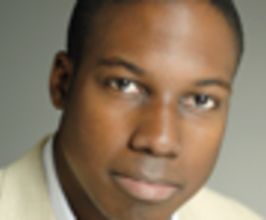 Book Ntiedo Etuk for your event

DimensionU is the company behind the award-winning DimensionU Learning System – a universe of multi-player educational video games where students learn, practice, compete, and collaborate, globally, in core K-12 subjects including math, literacy, science and history.Nt founded DimensionU on the premise that the education system needed to become truly “customer-oriented,” where the real customer in education is the student. It was his belief that prior to DimensionU most emphasis was placed on creating tools to help teachers teach or creating tools to help schools, districts or governments figure out whether teachers were teaching, but very little was being done to ensure that the tools we were putting in front of students were communicating with them in the way they needed to see or hear (social networks, video games, SMS text, etc.) to truly engage this new, digitally active generation (please see more about this vision in the section “Our Vision of the World”)Prior to founding DimensionU, Nt worked for a number of years managing the creation, implementation and analysis of various disruptive consumer products for Bank One and Citigroup. At Citigroup, he was a member of the Payment Innovation Team, a Research and Development group responsible for the creation and implementation of concepts projected to generate $100 million in profits. At Bank One, Nt was responsible for the analysis and implementation of initiatives generating over $100 million in annual revenue for the company. He has also worked with the management consulting firm, McKinsey & Company.In 2010 Nt was selected by Technology & Learning as one of the 30 Future Leaders of Education Technology. He was also honored as one of six “Top Entrepreneurs” by Crain’s New York. In addition, Nt is a member of the 2010 Henry Crown Fellows class at the Aspen Institute and a member of The Aspen Institute’s Nigeria Leadership Initiative program. He has been identified as one of Black Enterprise Magazine’s Masters of Technology, was a finalist for that magazine’s Business Innovator of the Year Award in 2007 and has been featured in numerous publications including Forbes, BusinessWeek, and The New York Times.Nt earned a BS in Electrical Engineering from Cornell University, and an MBA at Columbia Business School where he was a Beta Gamma Sigma graduate, a recipient of the Board of Overseers Fellowship, winner of the Heffernan Award for Outstanding Service, and recipient of the Lang Fund Award for outstanding business ideas.A Black Belt in Tae Kwon Do and an avid reader of science fiction and fantasy novels, Nt’s game name is The_Man so that IF the kids beat him they can say they beat The Man. IF he beats them he says “The Man beat you down, try harder!”Contact a speaker booking agent to check availability on Ntiedo Etuk and other top speakers and celebrities.