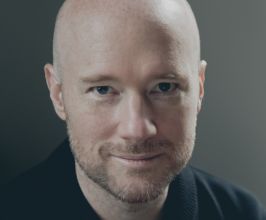 Book Olen Steinhauer for your event

Olen Steinhauer grew up in Virginia, and has lived throughout the US and Europe. He spent a year in Romania on a Fulbright grant, an experience that helped inspire his first five books. He now splits his time between Hungary and New York with his wife and daughter.His first novel, The Bridge of Sighs (2003), began a five-book sequence chronicling Cold War Eastern Europe, one book per decade. It was nominated for five awards. The rest of the sequence includes: The Confession, 36 Yalta Boulevard (The Vienna Assignment in the UK), Liberation Movements (The Istanbul Variations in the UK)—this one was nominated for an Edgar Award for best novel of the year—and Victory Square, which was a New York Times editor’s choice.With The Tourist (2009), he began a trilogy of spy tales focused on international deception in the post 9/11 world. The Tourist reached the New York Times bestseller list, and has been translated into 25 languages. The second volume, The Nearest Exit, was published in 2010 and won the Hammett Prize for best literary crime novel of the year. The finale, An American Spy, was published in March 2012 in the US and UK, and it spent 3 weeks on the New York Times bestseller list, as well as the LA Times and Publishers Weekly bestseller lists.The Tourist is being developed for film by Columbia Pictures, with Doug Liman to direct.The Cairo Affair (2014), which begins in Budapest and moves to post-Mubarak Cairo and Libya in the midst of the Arab Spring, was published to acclaim from The New York Times, The Seattle Times, Amazon.com, The Saturday Evening Post, The Christian Science Monitor, PopSugar, and others. It reached a number of bestseller lists, including the New York Times, the Washington Post, and Publishers Weekly.Forthcoming books include All the Old Knives (2015), a novel of terrorism and revenge, split between a restaurant in California and the American embassy in Vienna. He penned the screenplay, which is being produced by Chockstone Pictures and Nick Wechsler Productions.He is presently working on a novel focused on home-grown American terrorism.Contact a speaker booking agent to check availability on Olen Steinhauer and other top speakers and celebrities.