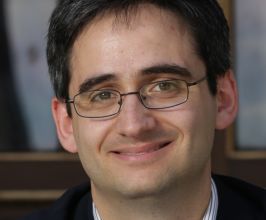 Book Oren Cass for your event

Oren Cass is the executive director of American Compass, whose mission is to restore an economic orthodoxy that emphasizes the importance of family, community, and industry to the nation’s liberty and prosperity. From 2015 to 2019, Cass was a senior fellow at the Manhattan Institute, where his work on strengthening the labor market addressed issues ranging from the social safety net and environmental regulation to trade and immigration to education and organized labor. Before joining the Institute, Cass was a management consultant for Bain & Company in its Boston and New Delhi offices. He then became the top domestic policy adviser for Mitt Romney’s 2012 Presidential campaign.Oren’s writing has appeared in Bloomberg View, City Journal, Commentary, Dallas Morning News, Foreign Affairs, Los Angeles Times, National Affairs, National Review, New York Times, Politico, Wall Street Journal, Washington Post, and the Weekly Standard, among others.He has also testified before House and Senate committees; spoken at universities including Cornell, Dartmouth, Georgetown, Harvard, MIT, Penn, Penn State, Texas, Texas Tech, and Yale; and appeared on national and international TV and radio programs including frequent appearances on National Public Radio.Cass graduated from Williams College, where he spent four years as the varsity baseball team’s bullpen catcher, and Harvard Law School, where he was editor of the Law Review.Contact a speaker booking agent to check availability on Oren Cass and other top speakers and celebrities.