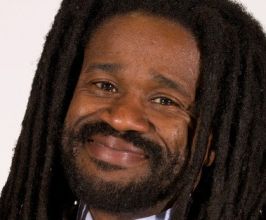 He is the author of the critically acclaimed Urbansouls, which takes a refreshing approach to the spiritual crisis in America. Hip-Hop, religion, homophobia, sexism, race, and politics are delved into with an organic insight. Princeton Professor of Religion, Cornel West, penned the preface, writing: “Rev. Sekou has the most in-depth and concise analysis of youth that I have ever heard.”Rev. Sekou has given over 500 lectures at colleges, universities, and community groups. He served on the platform committee for the National Political Hip-Hop Convention, held in Newark, NJ. He also served as the National Director of Community Outreach and New Voter Development for the Kucinich for President 2004 Campaign, led the effort to organize 18-24 year-olds, and served as the chief advisor on urban public policy to Congressman Kucinich.Rev. Sekou is the former co-coordinator of the Democracy Action Project (DAP) housed at the Institute for Policy Studies in Washington, DC. In the aftermath of the 2000 Elections, Democracy Summer (now DAP) trained a multi-racial group of over 100 youth activists from around the country. In addition to his activist work, he has served as a youth pastor in Washington, DC., and St. Louis, MO., directed a community center, and serves as an ongoing consultant to progressive non-profit organization and religious institutions throughout the country.Currently Rev. Sekou is a Professor of Preaching at the Seminary Consortium of Urban Pastoral Education in the Graduate Theological Urban Studies Program in Chicago, IL. Additionally, he acts as national coordinator for Clergy and Laity Concerned about Iraq (CALC-I). In partnership with United for Peace and Justice, CALC-I is an interfaith coalition of religious leaders, faith communities, institutions, organizations, and lay leaders committed to peace and justice.Quoting CALC-I mission statement, Rev. Sekou notes: “Our urgent and pressing aim is to end both the US war and occupation of Iraq. We believe the disgraceful engagement currently being pursued in Iraq cuts against a commitment to mutual cooperation and respect for all human life, and so we work for a new policy by the US government. We embrace non-violent forms of righteous indignation and call upon people of faith to honor the sacredness of all life and to highlight the immoral character of the war in Iraq.”Contact a speaker booking agent to check availability on Osagyefo Uhuru Sekou and other top speakers and celebrities.