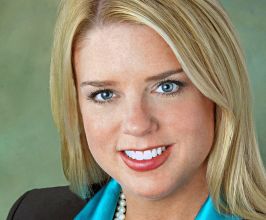 Book Pam Bondi for your event

Pam Bondi, elected twice to serve as Florida’s Attorney General from 2011 – 2019, chairs the firm’s Corporate Regulatory Compliance practice. This national practice area focuses on serving Fortune 500 companies to implement best practices that proactively address public policy challenges such as human trafficking, opioid abuse and personal data privacy. As chair of the Corporate Regulatory Compliance practice, Bondi works with clients to design and implement publicly conscious initiatives that will elevate their corporate responsibility reputation as well as address their critical regulatory challenges.Bondi was one of Florida’s most accomplished Attorneys General and earned a reputation among her colleagues as one of the toughest law enforcement officials in the country. During her tenure as Attorney General of Florida, Bondi undertook dozens of major state and national initiatives, including filing the most comprehensive state litigation regarding the national opioid crisis. She played a leading role in achieving the National Mortgage Settlement that ultimately resulted in $56 billion in total relief nationally. In a tremendous victory for Florida, Bondi sued BP and other responsible parties in the Deepwater Horizon Oil Spill case and settled for more than $2 billion in economic relief for Florida alone.Since 2011, Bondi worked aggressively to shut down pill mills, combat opioid abuse, ban synthetic drugs, end human trafficking, test previously unprocessed sexual assault kits, develop a school safety app to prevent school shootings, recover more than $1 billion in consumer protection, antitrust, and false claims matters (not counting the National Mortgage Settlement and BP), obtain more than $870 million in settlements and judgments through the Medicaid Fraud Control Unit, supervise the prosecution of hundreds of multi-judicial circuit criminal cases, defend Florida’s laws and constitution, and guard against federal overreach.She has served on numerous boards, including: President’s Commission on Combatting Drug Addiction and the Opioid Crisis; Chair, Florida Statewide Council on Human Trafficking; Co-chair of the Substance Abuse Committee for the National Association of Attorneys General; and the Florida Constitutional Revision Commission.Bondi has also received numerous awards and accolades, including: the 2017 U.S. Department of Health and Human Services Award for Excellence in Fighting Fraud, Waste, and Abuse; the2018 Florida Prosecuting Attorneys Association Furtherance of Justice Award; 2018 Drug Free America Lifetime Achievement Award; 2013 Independent Colleges and Universities of Florida Champion of Independent Education in Florida; and the 2012 National Association of Attorneys General President’s Award.Bondi is a fourth-generation Floridian who spent more than 18 years as a prosecutor, trying cases ranging from domestic violence to capital murder. With her successful first-time run for office in 2010, Bondi became the first female Attorney General in Florida’s history.Contact a speaker booking agent to check availability on Pam Bondi and other top speakers and celebrities.