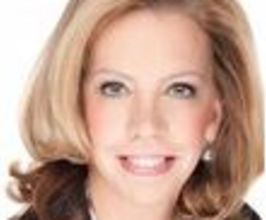 Patricia Fili-Krushel serves as Chairman of NBCUniversal News Group, the most influential and respected portfolio of on-air and digital news properties in the world, reaching more than 120M viewers each month. She reports directly to Steve Burke, CEO of

Book Pat Fili-Krushel for your event

Patricia Fili-Krushel serves as Chairman of NBCUniversal News Group, the most influential and respected portfolio of on-air and digital news properties in the world, reaching more than 120M viewers each month. She reports directly to Steve Burke, CEO of NBCUniversal.The News Group includes such assets as NBC News, MSNBC, CNBC and the Weather Channel as well as digital platforms including NBC News Digital, MSNBC.com and CNBC.com.Previously, Ms. Fili-Krushel was Executive Vice President of NBCUniversal with a broad portfolio of functions reporting to her, including Operations and Technical Services, Business Strategy, Human Resources and Legal.Prior to NBCUniversal, Ms. Fili-Krushel was Executive Vice President of Administration at Time Warner Inc. Her responsibilities included oversight of philanthropy, corporate social responsibility, human resources, worldwide recruitment, employee development and growth, compensation and benefits, and security. Ms. Fili-Krushel was responsible for launching shared services across the company for IT, real estate and facilities, and HR systems.Before joining Time Warner in July 2001, Ms. Fili-Krushel had been CEO of WebMD Health since April 2000.From July 1998 to April 2000, Ms. Fili-Krushel was President of the ABC Television Network. ABC Television Networks ranking improved from third to first in the ratings during her tenure. Prior to becoming President of the ABC Television Network, Ms. Fili-Krushel was President of ABC Daytime, and was responsible for introducing the daytime talk show The View and for leading ABCs daytime programming schedule to the number one position among women 18-49 years old. While at ABC, she conceived and orchestrated SoapNet, a 24-hour soap opera cable network.Before joining ABC in 1993, Ms. Fili-Krushel had been with Lifetime Television since 1988 as both Group Vice President of Hearst/ABC-Viacom Entertainment Services (HAVES), and Senior Vice President of Programming and Production of Lifetime Television. Prior to Lifetime, Ms. Fili-Krushel held several positions with Home Box Office, culminating her tenure as Vice President of Business Affairs and Production. Before joining HBO, Ms. Fili-Krushel worked for ABC Sports in various positions.Ms. Fili-Krushel holds a B.S. degree from St. Johns University and an M.B.A. degree from Fordham University.In September 2012, Ms. Fili-Krushel made her second appearance on Fortunes 50 Most Powerful Women list. She has been recognized by New York Women in Communications, Inc. through their Matrix Awards for her contribution to the field of broadcasting. In 2006, she was inducted into the Museum of Television & Radios She Made It Collection. She received the prestigious Vision Award for her contributions on behalf of the creative arts. The City of New York awarded Ms. Fili-Krushel the Crystal Apple Award for her distinctive career achievements and contributions to the entertainment community in New York. In 1993, she received the Women in Film Muse Award.Ms. Fili-Krushel serves on the Board of the Dollar General Corporation. She also serves as Vice Chair of The Public Theater of New York where she is a member of the Executive Committee as well as Chair of the Nominating and Governance Committee. She also serves on Mayor Bloombergs Commission on Womens Issues.Contact a speaker booking agent to check availability on Pat Fili-Krushel and other top speakers and celebrities.