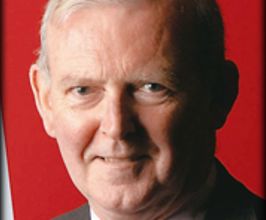 Book Paul Kennedy for your event

One of the world’s most respected and provocative historians, Paul Kennedy is internationally known for his writings and commentaries on global economic, political and strategic issues. His knowledge of not only the history of these issues, but the people making the history, gives him astute insights into current conflicts in the Middle East and other troubled regions. Kennedy’s long-term perspective on today’s global issues has led such world leaders as President Clinton and U.N. Secretary General Boutros-Ghali to seek his advice.His work consistently challenges us with the weight and implications of our history to confront the problems humanity faces.Paul Kennedy is the J. Richardson Dilworth Professor of History at Yale University and is Director of Yale’s International Security Program.He is a former fellow of the Institute for Advanced Studies in Princeton and the Alexander von Humboldt-Stiftung in Bonn, Germany.He is a Commander of the Most Excellent Order of the British Empire (C.B.E.)World leaders have sought Professor Kennedy’s knowledge and advice on global and security issues, including President Bill Clinton and former U.N. Secretary General Boutros Boutros-Ghali.He helped draft a report for an international commission on “The United Nations in its Second Half-Century,” prepared for the 50th anniversary UN debate on how to improve the world organization.He has served as historical consultant to BBC-TV’s Seapower series and done research, interviews and presentations for other TV series, especially on naval, imperial and defense issues. He has prepared historical papers for the Office of Net Assessment and the Defense Department in Washington, D.C.classically trained at Oxford as a diplomatic and military historian, Kennedy broke from that mould with his 1988 international bestseller, The Rise and Fall of the Great Powers. This 500-year survey of how and why large nations rose and fell, and especially his controversial final chapter on the future of the USA, Russia, China, Europe and Japan, sparked an immense debate around the world. The book has never gone out of print, is available in 23 languages, and has sold close to two million copies.Kennedy followed that work with another international bestseller, Preparing for the Twenty-first Century (1993), in which he analyzed the broad global trends at the close of the 20th century and how various countries were ready—or not ready—for the world of the 21st century. In it, he urged developed nations to answer the challenges of environmental degradation, economic globalization, and exploding populations in the poorest countries and rapid technological advancement in the richest.His most recent book (June 2006), The Parliament of Man: The Past, Present and Future of the United Nations, is a timely history and evaluation of one of the most important—and he would argue indispensable—institutions of our time. The book builds on a report he helped draft for an international commission on “The United Nations in its Second Half-Century,” prepared for the 50th anniversary UN debate on how to improve the world organization.He has also edited Global Trends and Global Governance, a concise and practical guide to the key political, economic, ecological and social factors shaping the process of globalization. In it, contributors (Kennedy is a co-editor) analyze new ways of working together to cope with transnational problems.Contact a speaker booking agent to check availability on Paul Kennedy and other top speakers and celebrities.