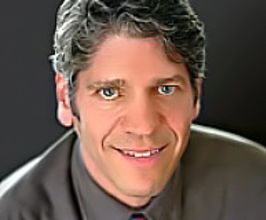 Paul Loeb has spent thirty-five years researching and writing about citizen responsibility and empowerment–asking what makes some people choose lives of social commitment, while others abstain.

Paul Loeb has spent thirty-five years researching and writing about citizen responsibility and empowerment–asking what makes some people choose lives of social commitment, while others abstain. He’s the author of Soul of a Citizen: Living With Conviction in a Cynical Time, which St Martin’s recently released in a wholly updated new edition after 100,000 copies in print, and is already in its fourth printing). He’s also the author of The Impossible Will Take a Little While: A Citizen’s Guide to Hope in a Time of Fear (Basic Books, 2004), named the #3 political book of fall 2004 by the History Channel and American Book Association, and winner of the Nautilus Award for best social change book, Generation at the Crossroads: Apathy & Action on the American Campus, Nuclear Culture, and Hope in Hard Times. An Affiliate Scholar at Seattle’s Center for Ethical Leadership, he’s written for the New York Times, Washington Post, USA Today, Los Angeles Times, Boston Globe, Psychology Today, Mother Jones, The Nation, Redbook, the International Herald Tribune and the Christian Science Monitor, been interviewed on CNN, NPR, C-SPAN, NBC news, CBC, the BBC, and NPR, and lectured at 400 colleges throughout the country and numerous national and international conferences. His 2002 talk to the American Association of State Colleges & Universities helped inspire that association’s 200-campus American Democracy Project. In 2008 he created and ran Campus Compact’s Campus Election Engagement Project, which helped colleges and universities in 15 states engage their students in the election, and participated in the Department of Education’s 2011 roundtable on civic engagement in higher education.Contact a speaker booking agent to check availability on Paul Rogat Loeb and other top speakers and celebrities.