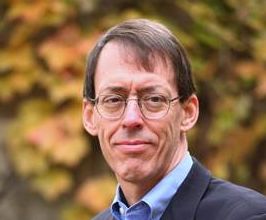 Book Peter Slevin for your event

Peter Slevin, associate professor, is a veteran national and international correspondent who spent a dozen years at The Washington Post before coming to Northwestern. He teaches classes on politics and the media; the U.S. role in world affairs; and interviewing techniques and oral history. His career as a reporter has taken him around the country and the globe, where he has covered events and personalities of every description, taking particular interest in telling stories rich with the voices of the people involved. His most recent project is a biography of Michelle Obama scheduled for release in 2015.Slevin started his career at a small afternoon newspaper in Hollywood, Fla., then moved to The Miami Herald, where his stint included seven years as European bureau chief, chronicling the collapse of communism in central Europe and the Soviet Union. Later, he reported from Cuba, Haiti and Mexico, then moved to Washington as chief diplomatic correspondent. He joined the Post in 1998, spending two years covering Washington, D.C., before crossing to the National staff in time for the Bush-Gore recount in Florida and the Clinton presidential pardon scandal. As a diplomatic correspondent after the 9/11 attacks, he wrote extensively about U.S. foreign policy and the Iraq war, concentrating on the Bush administration’s controversial post-war planning and the aftermath of the 2003 invasion.Starting in 2004, Slevin spent six years as the Post’s Chicago bureau chief, delivering deadline work and deeply reported stories, focusing particularly on politics and the home front of the Iraq and Afghan wars. He produced long-form pieces about soldiers, their preparations for war and their return home, as well as the impact of war on their families, communities and public opinion. He wrote extensively about Barack and Michelle Obama and covered the 2008 campaign, as well as political duels and policy debates across the country. He remains a Post contributor.At Medill, Slevin admires creative and evocative approaches to storytelling and believes that some of the best journalism flows from research and critical thinking done before the reporter has asked the first question. He leads an undergraduate seminar titled “Politics, Media and the Republic” and a course for graduates and undergraduates on interviewing and oral history. He teaches “Dilemmas of American Power,” cross-listed with Medill and International Studies, which focuses on the U.S. role in the world, from the Vietnam War to the modern Middle East. He also created an upper-level seminar titled “The United States and the Battle for Iraq.” He is a member of the International Studies Program Committee.Slevin has an undergraduate degree from Princeton and an M.Phil in international relations from Oxford. During the 2014-15 academic year, he is based in Cambridge, Massachusetts, where he is a non-resident fellow at Harvard’s Hutchins Center for African & African American Research.Slevins book, “Michelle Obama: A Life” was published in 2016.Contact a speaker booking agent to check availability on Peter Slevin and other top speakers and celebrities.