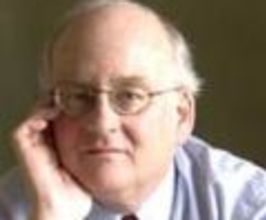 Philip Altbach was born in Chicago in 1941 and was educated at the University of Chicago (AB, 1962; AM, 1963; PhD, 1966). In 1960 as a college freshman, he imported peace symbol buttons into the United States from Britain in 1960. Later, Altbach traveled to England to meet with British peace groups as a delegate from the Student Peace Union (SPU) and on his return he persuaded the SPU to adopt the symbol.He was a lecturer on education and a postdoctoral fellow in the Department of Social Relations at Harvard University (1965–1967), an assistant to associate professor at the University of Wisconsin—Madison (1967–1975), where he was affiliated with the Department of Educational Policy Studies and the Department of Indian Studies; and he was a professor in the Department of Educational Organization, Administration, and Policy in the Graduate School of Education, State University of New York at Buffalo (SUNY). At SUNY Buffalo, he was an adjunct professor in the School of Information and Library Studies and the Department of Sociology. In 1994, Altbach moved to Boston College and founded the Center for International Higher Education and the J. Donald Monan SJ professor of higher education at Boston College. Altbach has held additional academic appointments, including visiting associate at the Center for Studies in Higher Education at the University of California, Berkeley (1981), visiting professor in the School of Education and visiting senior scholar at the Hoover Institution at Stanford University (1988–1989), senior associate of the Carnegie Foundation for the Advancement of Teaching (1992–1996), Fulbright research professor in the Department of Sociology, University of Bombay, India (1968), and senior Fulbright scholar in Singapore and Malaysia (1983). In 2006–2007, Altbach was the Distinguished Scholar Leader of the Fulbright New Century Scholars program. He holds guest professor appointments from two universities in China, Peking University and Huazhong University of Science and Technology. He created and directed the Bellagio Publishing Network, funded by the Rockefeller Foundation, a forum devoted to improving book publishing in Africa from 1992 to 2000. He has had fellowships from the German Academic Exchange Service (DAAD), the National Science Council of Taiwan, and the Japan Society for the Promotion of Science. Altbach received the Howard Bowen Distinguished Career Achievement award from the Association for the Study of Higher Education in 2009 and the Lifetime Career award from the Higher Education Group of the Comparative and International Education Society in 2010. Altbach serves as chair of the International Advisory Committee of the Graduate School of Education at Shanghai Jiao Tong University and is a member of the advisory committee at the State Research University-Higher School of Economics in Moscow, Russia. Altbach is the editor for International Higher Education (1994 to present) and an associate editor of the American Education Research Journal since 2008. He has been editor of the Comparative Education Review (1978–1988), editor of the Review of Higher Education (1996–2004) and North American editor of Higher Education (1976–1992), and was a founding editor of Educational Policy (1985–2004). He has edited several book series in the fields of comparative and higher education for Pergamon, Praeger, Garland, Routledge, the State Univ. of New York Press, and Sense. In 2008, Altbach was asked by UNESCO to prepare a report on world trends in higher education for the 2009 World Conference on Higher Education.Contact a speaker booking agent to check availability on Philip G. Altbach and other top speakers and celebrities.