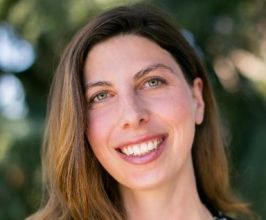 Book Rachel Kleinfeld for your event

Dr. Rachel Kleinfeld advises governments, philanthropists, and activists on how democracies make major social change.Raised in a log house on a dirt road in Fairbanks, Alaska, Rachel received her BA from Yale University and her M. Phil and D. Phil at Oxford, where she was a Rhodes Scholar.As a senior fellow at the Carnegie Endowment for International Peace, Rachel is a leading expert on how democracies – including the United States – can improve, with a particular focus on countries facing poor leadership, polarized populations, violence, and corruption.In 2010, Time magazine named Rachel one of the top 40 political leaders under 40 in America. As the founding CEO of the Truman National Security Project, she spent a decade building and leading a national organization headquartered in Washington, D.C., with a membership of over 80,000 supporters and chapters in most major U.S. cities. Under her leadership, the Truman Project assisted scores of national, state, and local candidates and elected officials, advocated for legislation nationally and in multiple states, and fostered a new generation of military veterans and national security leaders to advance policies that would enhance global security, democracy, and human dignity.Rachel serves on the boards of various for-profit companies and social sector organizations that align with her passion for issues on the intersections of security, human dignity, and empowerment. From 2011–2014 she served on the State Department’s Foreign Affairs Policy Board, which advised the Secretary of State quarterly.Rachel now lives in Santa Fe, New Mexico, with her husband, a sculptor, and their two wonderful, fierce, daughters.Contact a speaker booking agent to check availability on Rachel Kleinfeld and other top speakers and celebrities.