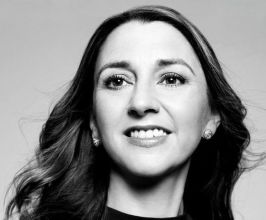 Book Rachel Lloyd for your event

In 1998, with only a computer and $30, Ashoka Fellow, Reebok Human Rights Award winner and leading child sex trafficking advocate Rachel Lloyd established GEMS: Girls Educational and Mentoring Services to support American girls and young women survivors of commercial sexual exploitation and domestic trafficking.Since its inception as a one-woman outreach program in 1998, GEMS has grown steadily, building its services and programs and garnering increased visibility and recognition under Lloyds leadership. Now the nations largest organization offering direct services to American victims of child sex trafficking, GEMS empowers girls and young women, ages 12-24, who have experienced commercial sexual exploitation and domestic trafficking to exit the sex industry and develop to their full potential.Lloyd is a nationally recognized expert on the issue of child sex trafficking in America, and played a key role in the successful passage of New York States groundbreaking Safe Harbor Act for Sexually Exploited Youth, the first law in the country to end the prosecution of child victims of sex trafficking. Her trailblazing advocacy is the subject of the critically acclaimed Showtime documentary Very Young Girls and the upcoming memoir Girls Like Us (Harper Collins).Lloyds passion and achievements have made her a popular focus of national and international news coverage, with profiles and interviews on CNN Anderson Cooper 360, ABC News, NBC News, NPR, National Geographic Channel, Access Hollywood, and in the New York Times, New York Post, Washington Post, Variety, Essence Magazine, Glamour Magazine, New York Magazine, Village Voice, Marie Claire, and other leading outlets. Lloyd was named one of the 50 Women Who Change the World by Ms Magazine, one of the 100 Women Who Shape New York by the New York Daily News, New Yorker of the Week by NY1, and a Notable New Yorker by CBS TV.An accomplished public speaker, Lloyd has spoken by invitation at the United Nations, New York University, Columbia University, Wheelock College, CUNY Honors College, Washburn University, the Brooklyn Museum, the Library of Congress and other top institutions; at film festivals including the Miami International Film Festival, Jackson Hole Film Festival, and True/False Film Festival; and at international and national conferences including the WMCA National Conference 2009, First International Summit of Sexually Exploited Youth in Victoria, BC, the International Young Peoples Participation Project in the Philippines, the National Childrens Advocacy Center Conference, Project Safe Childhood Conference, the National Conference on Juvenile Justice and many more.In addition to being awarded a 2009 Ashoka Fellowship, Lloyd has been honored and recognized with a Reebok Human Rights Award, Child Advocacy Award The Administration for Childrens Services (ACS), the Community Service Award from the New York State Association of Black and Puerto Rican Legislators, Frederick Douglass Award from the North Star Fund, Susan B. Anthony Award from the National Organization for Women, the Community Service Award from Soroptimist International NY, Prime Movers Fellowship, National Society Daughters of the American Revolution Award, Change.orgs Changemakers Network, Heroes for Youth Award National Safe Place, and the Social Entrepreneurship Award from the Manhattan Institute for Policy Research.Lloyd has a profoundly personal understanding of her work. A survivor of commercial sexual exploitation as a teen, Lloyd knows all too well the hidden, emotional scars such exploitation can leave on children and youth. There have been experiences I would rather not have had and pain I wish I hadnt felt but every experience, every tear, every hardship has equipped me for the work I do now, Lloyd says. I get such deep satisfaction from knowing Im fulfilling my purpose, that my life is counting for something. It puts all the past hurts into perspective.Lloyd received her Bachelors degree in Psychology from Marymount Manhattan College and her Masters in Applied Urban Anthropology from the City College of New York.Contact a speaker booking agent to check availability on Rachel Lloyd and other top speakers and celebrities.