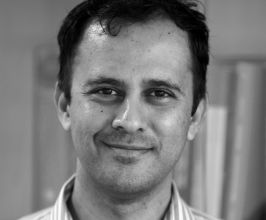 Book Ramanan Laxminarayan for your event

Laxminarayan is founder and director of the Center for Disease Dynamics, Economics & Policy (CDDEP) in Washington, D.C., and a senior research scholar at Princeton University. He is an affiliate professor at the University of Washington and a visiting professor at the University of Strathclyde in Scotland and at the University of Kwazulu Natal in South Africa. Laxminarayan chairs the board of GARDP, a global product development partnership created by the World Health Organization, that aims to develop and deliver new treatments for bacterial infections. He is also board chair at HealthCubed, which works to improve access to healthcare and diagnostics worldwide.Since 1995, Laxminarayan has worked to improve the understanding of antibiotic resistance as a problem of managing a shared global resource. His work encompasses extensive peer-reviewed research, public outreach, and direct engagement in eleven countries in Asia and Africa through the Global Antibiotic Resistance Partnership. Through his prolific research, active public outreach (including a widely viewed TED talk) and sustained policy engagement, he has played a central role in bringing the issue of drug resistance to the attention of leaders and policymakers worldwide and to the United Nations General Assembly in September 2016.Laxminarayan has served on the U.S. President’s Council of Advisors on Science and Technology’s antimicrobial resistance working group and is currently a voting member of the U.S. Presidential Advisory Council on Combating Antimicrobial Resistance. He is a series editor of the Disease Control Priorities for Developing Countries, 3rd edition.In 2003-04, he served on the National Academy of Science/Institute of Medicine Committee on the Economics of Antimalarial Drugs and subsequently helped create the Affordable Medicines Facility for malaria, a novel financing mechanism for antimalarials. In 2012, Laxminarayan created the Immunization Technical Support Unit that supports the immunization program of the Ministry of Health and Family Welfare of the Government of India and which is credited with helping rapidly improve vaccination coverage and introduction of four new vaccines. As Vice President, Research and Policy at the Public Health Foundation of India between 2011 and 2015, he led the growth of a research division to over 700 technical and research staff.Laxminarayan’s work has been covered in major media outlets including Associated Press, BBC, CNN, the Economist, LA Times, NBC, NPR, Reuters, Science, Wall Street Journal, and National Journal.Contact a speaker booking agent to check availability on Ramanan Laxminarayan and other top speakers and celebrities.