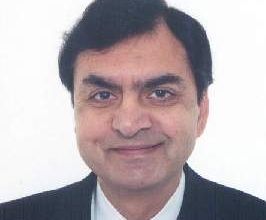 Book Ravi Batra for your event

Dr. Ravi Batra, a professor of economics at Southern Methodist University, Dallas, is the author of five international best sellers. He was the chairperson of his department from 1977 to 1980. In October 1978, because of dozens of publications in top journals such as the American Economic Review, Journal of Political Economy, Econometrica, Journal of Economic Theory, Review of Economic Studies, among others, Batra was ranked third in a group of “superstar economists,” selected from all the American and Canadian universities by an article in the learned journal, Economic Enquiry. In 1990, the Italian prime minister awarded him a Medal of the Italian Senate for writing a book that correctly predicted the downfall of Soviet communism, fifteen years before it happened.Dr. Batra has been written up in major newspapers and magazines, such as the New YorkTimes, Washington Post, USA Today, Time, Newsweek, the U.S. News and World Report, and appeared on all major networks including CBS, NBC, CNN, ABC, CNBC, among others. Batra’s latest book is called, “End Unemployement Now: How to Eliminate Joblessness, Debt, and Poverty Despite Congress.”Contact a speaker booking agent to check availability on Ravi Batra and other top speakers and celebrities.