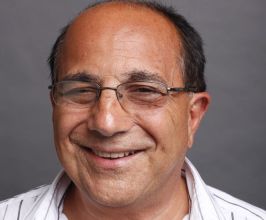 Book Ray Magliozzi for your event

Raymond Francis Magliozzi and his brother Thomas Louis Magliozzi were the co-hosts of NPR’s weekly radio show, Car Talk, where they were known as “Click and Clack, the Tappet Brothers”. Their show was honored with a Peabody Award in 1992.Ray Magliozzi was born in Cambridge, Massachusetts; he graduated from MIT. Ray taught science in Bennington, Vermont for a few years before returning to Cambridge in 1973. He and Tom then opened a do-it-yourself repair shop named Hacker’s Haven. The shop rented space and equipment to hackers trying to fix their own cars but was not profitable. Nevertheless, the two enjoyed the experience and were invited in 1977 to be part of a panel of automotive experts on Boston’s National Public Radio affiliate WBUR-FM. Subsequently, the brothers converted the shop into a standard auto-repair shop named Good News Garage.In January 1987, host Susan Stamberg of Weekend Edition on NPR asked the two to contribute weekly to her program. Nine months later, Car Talk premiered as an independent NPR program. In 1992, Tom and Ray won a Peabody Award for Car Talk—for “distinguished achievement and meritorious public service”.Tom and Ray continued to work in their garage while they produced Car Talk. On June 8, 2012, it was announced that Car Talk would stop producing new episodes in September 2012, though NPR will continue airing reruns of the show.Tom and Ray both appeared in the Pixar film Cars (2006). They played the owners of Rust-eze, who discovered Lightning McQueen and gave him his first big break. Tom appeared as a 1963 Dodge Dart convertible, a reference to a 1963 Dart convertible he owned for many years and often mentioned on Car Talk. Ray appeared as a 1964 Dodge A100 van. In the film, they each admonished: “Don’t drive like my brother”, the catchphrase from the close of their radio show.The Magliozzi brothers also appeared in a seventh season episode of the PBS Kids show Arthur, called “Pick a Car, Any Car”, which originally aired on November 25, 2002. Arthur calls them with a question about the family car, which would have been hauled away by the local mechanic without their help. The answer turns out to be a baby rattle, presumably that of Arthur’s baby sister Kate, in the car’s tailpipe.In 2008, the brothers starred in their own PBS animated series, Click and Clack’s As the Wrench Turns, playing fictionalized versions of themselves.Also in 2008, the brothers hosted an episode of PBS show NOVA entitled The Car of the Future.On November 3, 2014, Tom died in Belmont, Massachusetts, due to complications from Alzheimer’s disease. He was 77.Contact a speaker booking agent to check availability on Ray Magliozzi and other top speakers and celebrities.