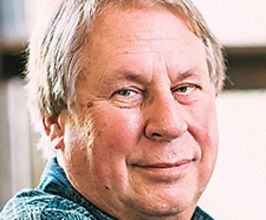 Book Raymond Arsenault for your event

Raymond Arsenault is the John Hope Franklin Professor of Southern History and Program Advisor of the Florida Studies Program at the University of South Florida St. Petersburg, where he has taught since 1980.A specialist in the political, social, and environmental history of the American South, he has also taught at the University of Minnesota, Brandeis University, and at the Universite d’Angers, in France, where he was a Fulbright Lecturer in 1984-85.From 1980 to 1987, he was the co-director of the Fulbright Commission’s Summer Institute on American Studies at the University of Minnesota; he has served as a consultant for numerous museums and public institutions, including the National Park Service, the National Civil Rights Museum, the Rosa Parks Museum, and the United States Information Agency; and he has lectured on American history and culture in a number of countries, including France, Great Britain, Belgium, Germany, Greece, Norway, Turkey, and Jordan.Arsenault was educated at Princeton University (B.A. 1969) and Brandeis University, where he received his Ph.D. in 1981. He is the author of two prize-winning books–The Wild Ass of the Ozarks: Jeff Davis and the Social Bases of Southern Politics (1984, pbk 1988) and St. Petersburg and the Florida Dream, 1888-1950 (1988, pbk. 1998), and of “The End of the Long Hot Summer: The Air Conditioner and Southern Culture,” Journal of Southern History (1984), which won the Southern Historical Association’s Green-Ramsdell Prize. An edited volume, Crucible of Liberty: 200 Years of the Bill of Rights, was published during the 1991 Bicentennial of the Bill of Rights. His recent publications include Freedom Riders: 1961 and the Struggle for Racial Justice (Oxford University Press, 2006), Paradise Lost? (2005) an anthology (co-edited with Jack Davis) on the environmental history of Florida, The Changing South of Gene Patterson: Journalism and Civil Rights, 1960-1968 (2002), co-edited with Roy Peter Clark, and “The Public Storm: Hurricanes and the State in Twentieth-Century America,” in Wendy Gamber, et al. eds., American Public Life and the Historical Imagination (2003). He is currently working on Landmarks of American Sports, co-edited with Randall Miller.Since 1996 he and USF history colleague Gary Mormino have served as the co-editors of the University Press of Florida’s highly acclaimed “Florida History and Culture” book series.An active member of the Florida affiliate of the American Civil Liberties Union since the early 1980s, he served two terms as state president (1998-2000) and received the Nelson Poynter Civil Liberties Award in 2003.Contact a speaker booking agent to check availability on Raymond Arsenault and other top speakers and celebrities.